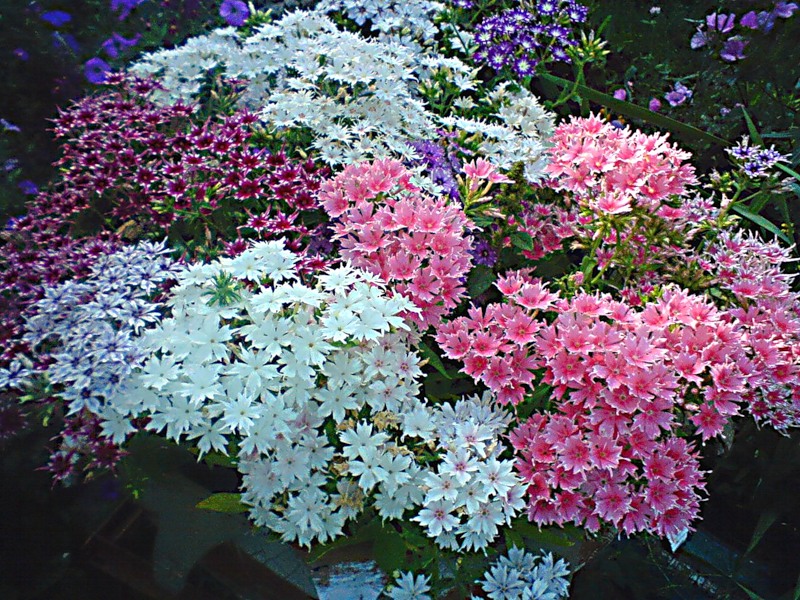 Garden, planted with a mixture of seeds of Phlox Drummond.

The Drummond Phlox is a showy annual, can decorate any flower bed. If the site and soil, natural conditions, like the plant, it forms a low and lush Bush, all covered with flowers.

According to experienced growers, the Drummond Phlox is a plant flexible, it presents no special difficulties in cultivation: with this process it will be able to handle even the novice.

The usual Phlox plants tall, they are difficult to use there, where you want dwarfism: in perennial borders and curbs. The annual American "brother" does not grow above two feet, the diameter of the flower – 2 cm. Bushes can please the gardener from June until late autumn. Varieties differ in form petals and the flower in General, color. The color scheme of Drummond Phlox, from white to salmon, blue and lilac tones.

A bit of history

"Phlox," meaning "flame", Drummond is the last name of the traveler from the UK, who first brought seeds of plants from their historical homeland, from USA, in England. Europeans discovered a new flower, which pretty soon became a favorite and familiar.

The most popular varieties and types 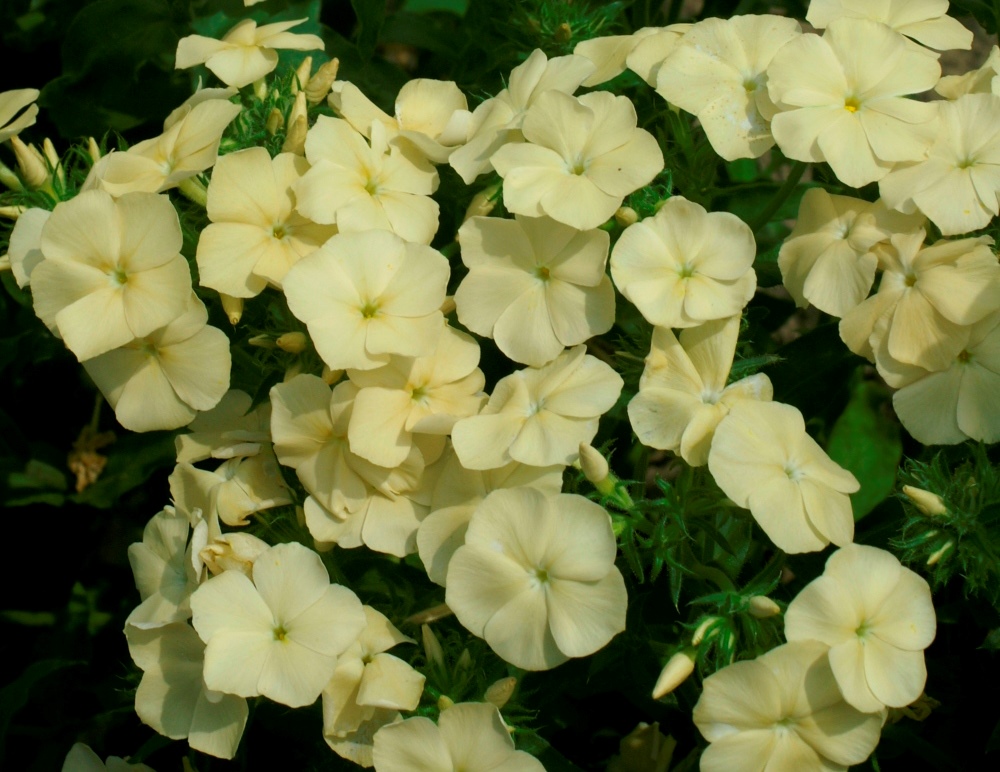 The Drummond Phlox can be found in the sale in the form of mixtures. The flowers are simple and unpretentious, the most popular "tutti-Frutti" and "Melange": shades of salmon-pink tones. A mixture of "Fantasy" designed in a dark blue, "Constellation, "Joy" and "Batton Mix" – plain plants of different colors.

The right place in the garden – key to the normal development and long-flowering annuals. Phlox tolerates heat and lack of moisture, it can be planted in Sunny areas. The plant is able to withstand the first frost and can withstand low night temperatures.

The development of Phlox can prevent too light or heavy soils. The first does not retain moisture, the soil is overheating, second, on the contrary, store it: this contributes to the appearance of rot. In preparing the plot for planting the soil must be adjusted: to make humus, peat, humus.

The Drummond Phlox can be planted in two ways: seedlings and seeds. The first accelerates flowering, the second is that it relieves the grower from hassle to care for seedlings.

The best time for planting – early may. It is necessary to form small grooves, well-watered soil, wait a little, until the moisture is absorbed. Seeds lay two or three pieces together, the distance between 15 cm. If in the "nest" all the seeds germinate, the weak will have to remove. The time between planting and germination to two weeks, at this time the land must be covered with a spunbond. There were sprouts – it's time to loosen the soil, remove weak plants, to make liquid nitrogen fertilizer. After about a week of feeding need to be repeated.

As soon as Phlox Drummond appears the flower buds, required in the soil complex fertilizer, this is done two to three times per season.

Planting Phlox in the winter 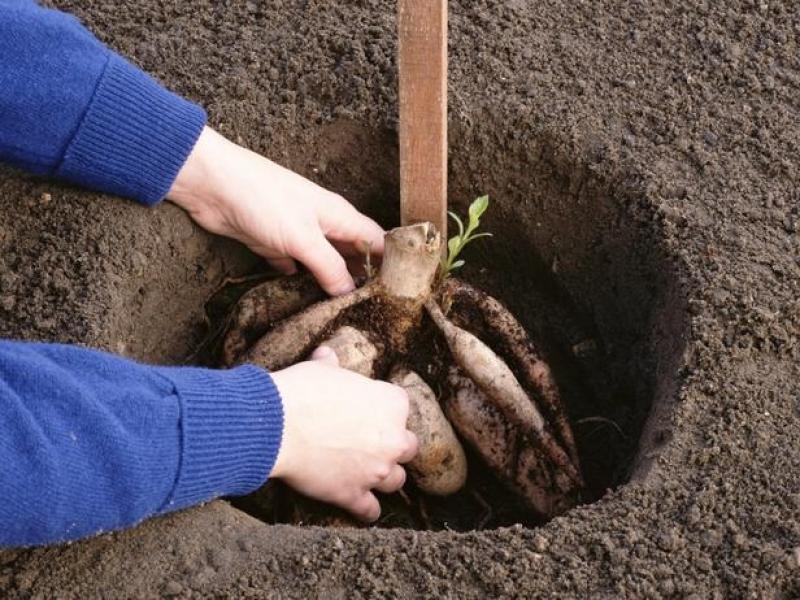 Phlox can be planted not only in the spring, but under the winter, seeds of plants are fairly hardy. The process of winter hibernation may prevent the thaw: the seed touched in growth and will be destroyed by returning frosts. To protect themselves from such adverse events, you need to make SEV after, as trees fall all the leaves. With the return of above-zero temperatures to try to save the landing with the help of non-woven material, which will hide them from the sun's rays. Upon the occurrence of a cold resistant cover shoot.

In the southern regions of the country it is better to sow Drummond Phlox of the end of December or even in January. In the autumn we need to prepare half a bucket of black soil, wait for a heavy snowfall. To trample down the rows, in which are planted seeds, in one nest to sow three or four seed. Planting sprinkle dry black soil, sketch on top of the snow shovel. Under the white "blanket" Phlox will NAP until spring, and will Wake up in April.

Seedlings, dressing, the formation of the Bush

The seedlings start growing in early or late March, depending on the climatic characteristics. Seeds do not need to push into the ground, better to cover with earth: so they will germinate much faster. Planting cover film, but in the afternoon it is better to remove for airing. Sprouts should appear on the seventh day, film to remove, boxes to put in light, to follow, the soil remained moist. When the two leaves of the Phlox dive, seated in a separate container. Rooted plants should be fed with nitrogen, watering – moderate.

Neat and lush Bush you can get, if prischipnut top, at this time, the plant must be at least six leaves. High types of Phlox Drummond have a long growing season. For this reason, if you wish to obtain simultaneous flowering, they need to be sown a week earlier, than low plants.

The Drummond Phlox: the care and hardening

Hardening of the plants is carried out in April, put the pots outside for an hour or two, then "walking" increase. Grown Phlox planted in the ground in may, after the frost. Low grade is now covered with buds. Faded blossoms should be removed, this will help to flourish for other ovaries. There should be regular, integrated fertilization with mineral fertilizers, loosen the soil once a week.

How to get and save seeds?

Seeds of Phlox Drummond can be obtained independently. Plants marked F1 for reproduction are not suitable, this is the first generation hybrids, they will not repeat the shape and color of the "parent" plants. If desired, the seeds can still gather and grow for the sake of the experiment – may be a new color or shape of the petals. A good seed can only be obtained with lush and well-developing Phlox.

Phlox seeds ripen at the same time. After shedding the petals of the plant can be cut, hold for ripening in a warm room at a temperature of 25 degrees. Seeds should not lie in the sun, to cut the bushes better in dry weather after lunch, the plants shall not be dew. Varieties should not be mixed, green mass is completely dry in three weeks. Periodically mass need to lift and flip.

Dry buds with weak stems to RUB on spread out newspaper, the seeds will fall out of boxes. It is also possible to fold the crop into linen bag and mash it well. To separate the seeds using sieves with different cells. The smallest particles can be removed using the trends in the wind or using a hair dryer. Cleaned seeds are placed in paper bags or fabric bags, to sign the names of the varieties and put them into winter storage in a dark place.

The annual suffers from the same disease, that and his long and tall "brother". It is susceptible to stem nematode, powdery mildew, a pest can be an earwig. The struggle with these troubles lies in the fact, what bushes should not be too dense, affected plants should be removed in time. Immediately after germination Phlox can be damaged by root rot, to exclude the possibility of the occurrence of the disease, you need good lighting and moderate soil moisture. 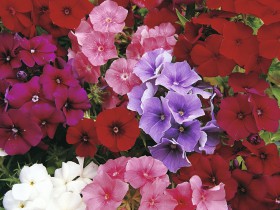 A mixture of grandiflora Phlox white, crimson and lilac. 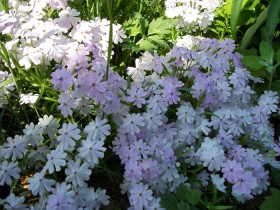 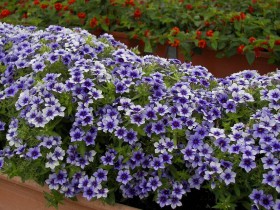 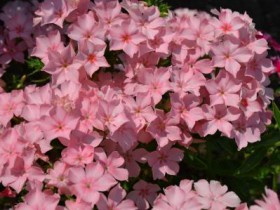 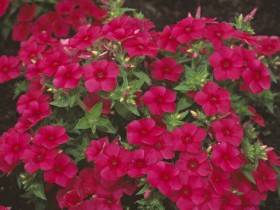 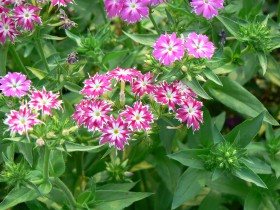 The Drummond phloxes of dichroic.

Video: the cultivation of the Phlox Drummond

Photos and videos do not convey fully the beauty of this plant. Put him at his dacha or in the garden, you will get a variety of small and large stars. This color "milky way" will delight you and your family, friends and family all summer, to the cold weather.


You are here: > Plants > Flowers > The Drummond Phlox: the ornamentation and the variety
See more materials, related articles: