Table of contents article:
Among all the planning of suburban areas, two are the most problematic: a small garden and a narrow oblong land. In the first case, the garden seems small, and rest in it will not be comfortable. With a narrow piece of land things are not much better – landscaping of this area requires increasing the width of the plot, because. the walk will be not comfortable enough. To rectify the situation and to make a small and narrow garden more comfortable for walking and recreation, it is recommended to use special design techniques, which allow to visually increase the area of the suburban area. Next, we consider the most simple and at the same time effective.

Planning a small garden to visually enlarge the area 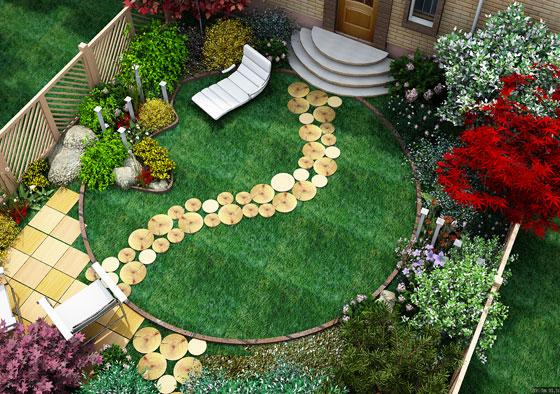 We provide you the ideas to plan a small garden, which can effectively cope with the problem of lack of space:

1. The first thing that gives small garden – it border, which educate over the plants (fences, the walls of buildings, etc.). That would visually enlarge the space of a small garden plant for its contours neprosvetnoe hedges.

2. Direct garden paths are the first factor, which determines the length of a small garden. That would visually enlarge the space of a small garden, it is recommended to create winding paths. For maximum effect we can track, tapering towards the end of the garden and at the end of the promenade area and set a small object, attention-grabbing. The smaller the size and the shape of the object, it seems the more spacious garden, the main thing is not to overdo it. 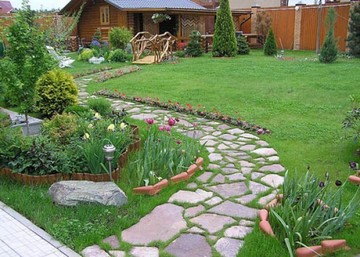 3. The third idea is to plan a small garden related garden paths. If you already have in the garden straight path and do not want to dismantle it to create a winding, you can go the other way. As we have said, objects, that attract attention, allow you to remove the eye from the observation of the true area. As straight track will give the size of the garden, it is possible to add two or three decorative objects, located along the track. Objects can be one of the arch with climbing plants, rocking chair for relaxation or garden figures. 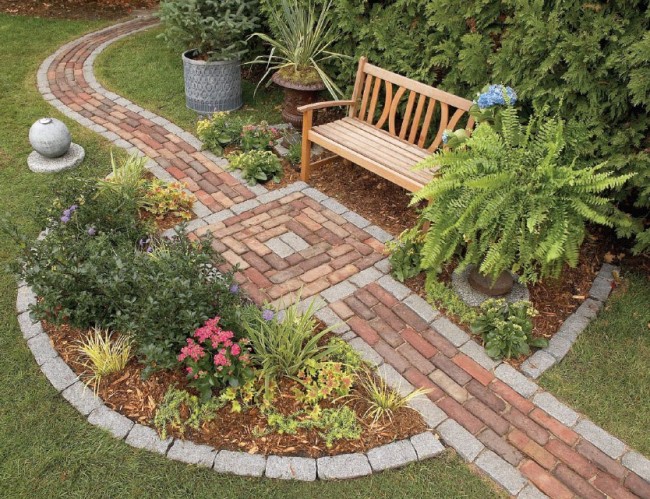 4. This design technique is suitable to visually enlarge a small garden, and for the creation of spaciousness in narrow oblong garden. The idea is, what would all the objects in the garden to have is not a straight line, but (diagonally). In this case look impossible to determine the true area of the garden, what we need. 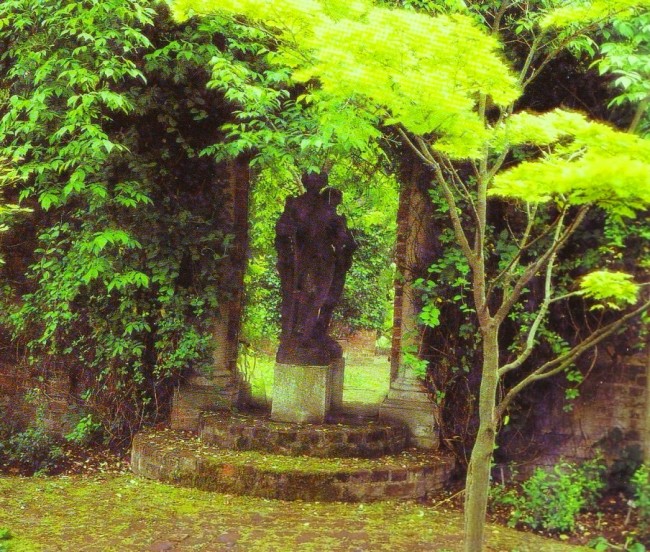 The illusion of a garden for architectural structure, behind him though the mirror

How to implement design narrow land?

Narrow, but at the same time, the oblong land is a significant problem for truckers during the planning phase. After all, you need to plan it so, that would be the place, where to relax and stroll.

Mostly narrow land equip so: towards the end of the plot the house is located, and it leads straight garden path, from which left and right are flower beds with decorative flowers, and lawn and several fruit trees.

The drawback of such layout and design of the narrow portion is, that walk is exclusively straight, besides boring and not impressive.

What would improve the situation, the first step is to break the narrow oblong area into several pieces, who are visually separated from each other. In this case, when the walk will occur the mystique of the territory and rather desire to explore all other parts of the garden.

For otgorazhivatsya one part from the other uses these objects, as arches with climbing plants, wall of hedges, and terracing of the site.

Please note that, what design narrow land should not include a lawn area, because. they look exclusively for large area.

That would distract guests from analysis area of your house, you can arrange several decorative distracting objects, such as: brightly flowering shrubs, vase with luxurious flower, and area.

Do not forget also about design techniques – illusion, which allows you to visually increase the size of the garden, by installing mirrors, use wall painting etc.

What would you saw, how to design narrow land, bring to your attention a few design projects a narrow land.

The design of the project narrow land 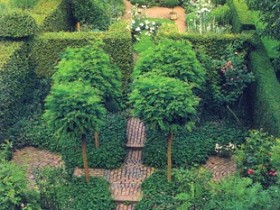 The design of the project narrow land 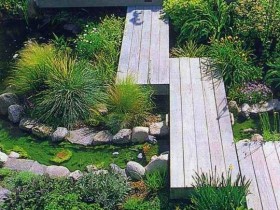 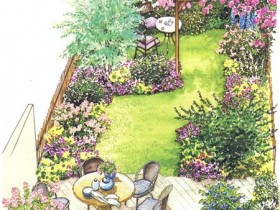 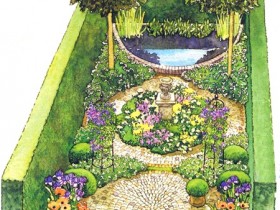 As you can see, even a narrow land, you can do visually wider for a comfortable stay and stroll through the garden!