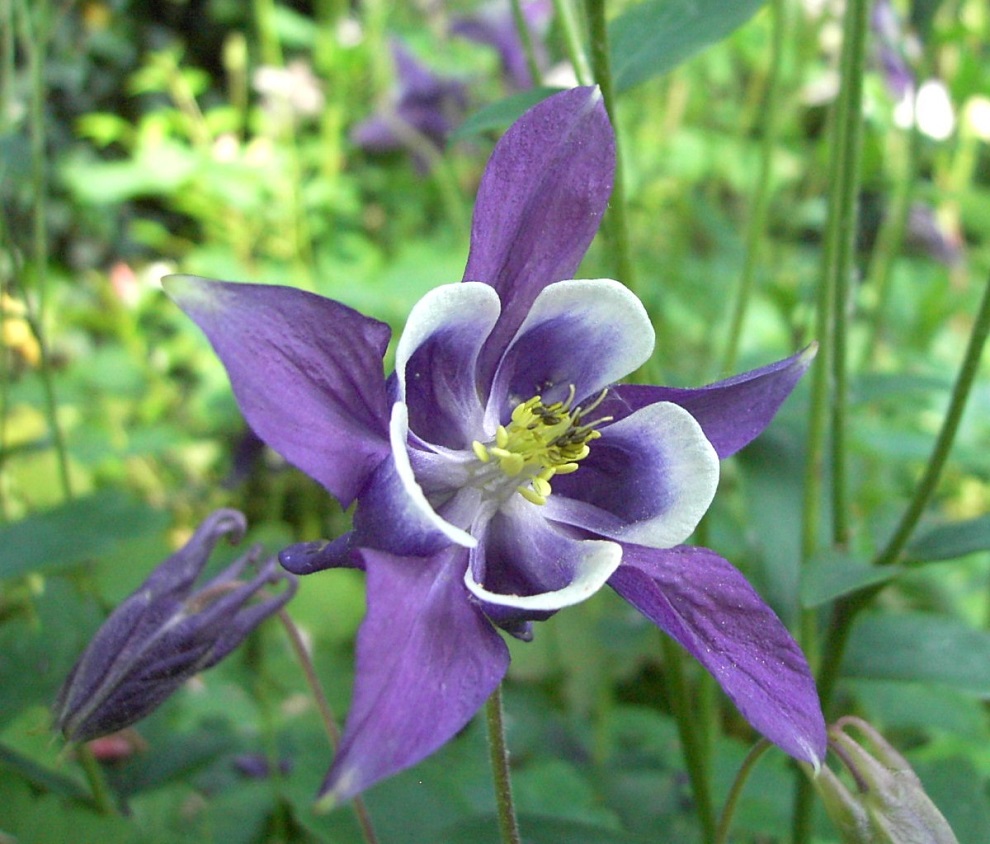 At first glance Aquilegia appear modest and unassuming, but, upon closer examination, the flower literally is a game of details and colors. To date this plant is considered to be one of the most fashionable and popular cultures. The watershed or propagated by self-seeding., the beauty of greenery gives the flower a universal status.

Flowering Columbine with delicate and bright leaves and drooping bells, not afraid of wind and drafts. The unusual structure of the flower transforms it into an intricate garden decoration, makes you look into the details and once again wonder inexhaustible imagination of mother nature.

Classic garden Aquilegia are content with modest lighting, modern varieties – pyshnotsvetuschie culture, which can set the tone in Sunny tracks. Plant in the garden landscape looks best in a mass planting, but can impress, if you are in different parts of the plot alone.

If you provide a culture full of freedom, it can conquer a large part of the allotted territory. Description Aquilegia is determined by the place of cultivation, role in the composition, the presence of other plants, which will be blue, purple or yellow bells is very good company. 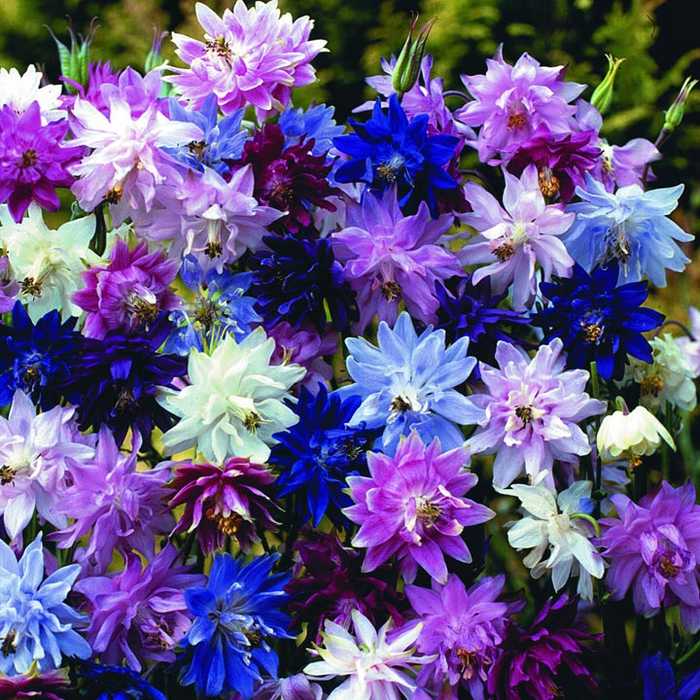 It is not only the name of the plant, in the North columbines called "forest fairy", in Latin America – "forest spirit". With this, almost fabulous, the flower you can create a unique "wild" composition with lilies and lupines, hostoi and hacharoi, astilbe and anemones, ferns, iris, poppies.

The plant makes in the garden ensemble merry mess, it looks good next to the hellebore and ornamental grasses. Columbine blooms in June and July, the flowers can be simple and double. Longer flowering can be achieved artificially, if the time to remove faded flowers, before the formation of the seed boxes.

Aquilegia literally created for planting mixed borders, on a low Alpine coaster, flower beds and perennial borders. It grows well on poor soils in the circle of tree trunks of large trees. Culture is long vase life, but the flowers can be dried and make winter bouquets. 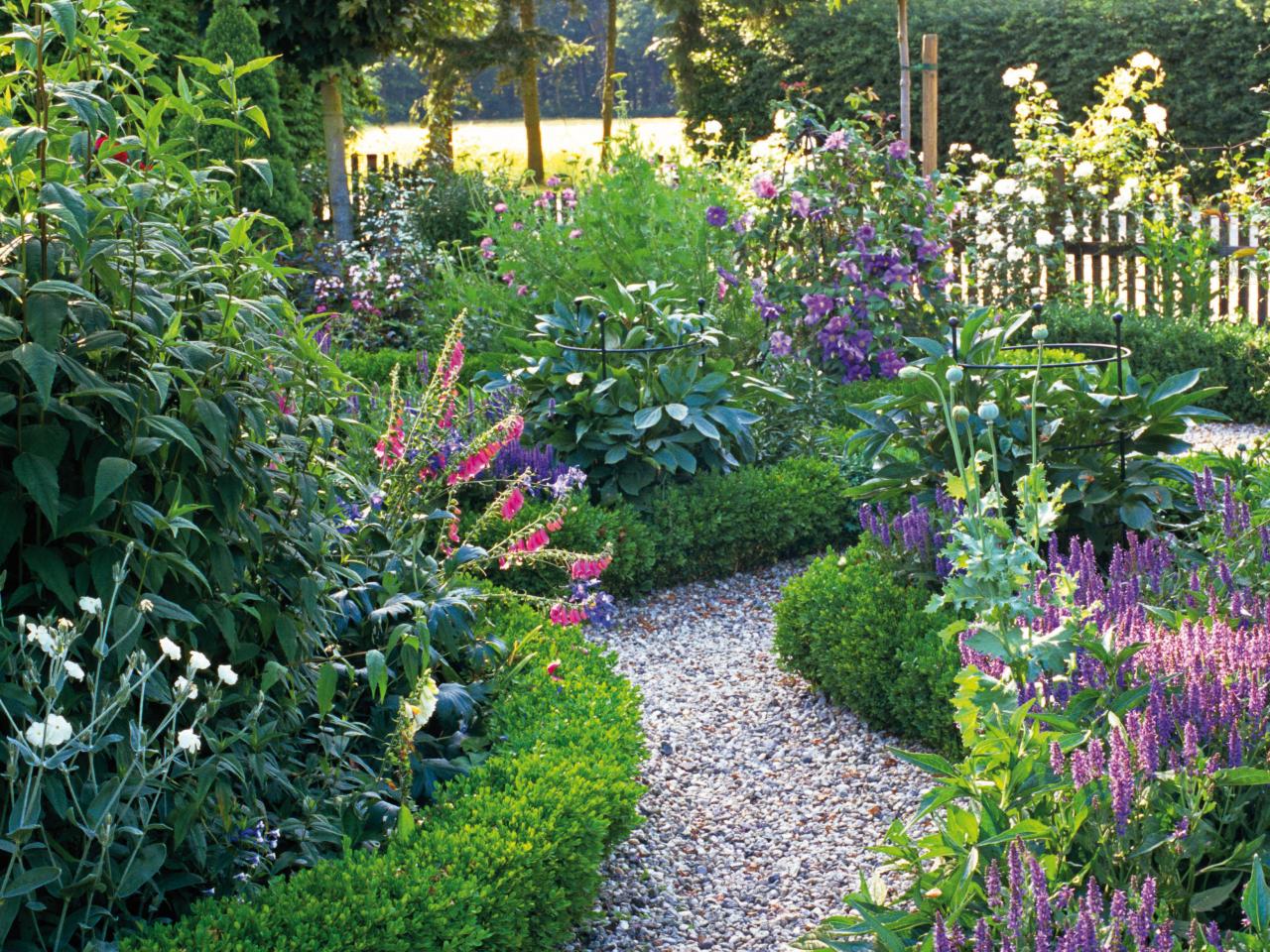 In March planting materials are sown in hotbeds or boxes, which should be at room temperature. When the snow melts, in April or may, remove the stems and dry leaves, young plants, which as a result of frosty bulging appeared on the surface of the soil, zaglubljajutsja. This should be done cautiously, in order not to break off the roots. Trees should be fed complete mineral or organic fertilizer. After the spring warming of the soil soil is the sowing of seeds or planting of seedlings.

After the loss of ornamental flowering stems can be cut, leaving a rosette with leaves. Cut the mass can be used to make compost, diseased plants should be burned. Part of the stalks are left on the seeds, to prevent shedding them wear gauze bags. Collect the ripe fruits in August, they can be sown in containers immediately after harvest or later.

Bushes are divided into parts and simultaneously seated. In September and October spend the autumn planting of seedlings, raspolirovki spring. The reason the bushes mulched with compost or humus.

Seeds are sown on a bed or in a flower garden in the fall, in boxes or in the ground in spring. The seeds are distributed on the wetted surface evenly, sprinkle a little ground, cover film. Pre-planting material is frozen at a temperature of from zero to +5 degrees. Old seeds before sowing washed, keep warm for three or four days, then placed in the refrigerator. In a week or two sprouts appear. Germinated seedlings are removed from the cold, film open, put the container on a Sunny, but not very hot place. Otherwise, the seedlings may stretch. Too densely planted plants dive, the distance between them should be not less than 5 cm. Planted in the flower garden Aquilegia cover from the sun. The plants will bloom in the second year, the full development is reached in the third.

The reproduction of the catchment dividing the Bush produced in three to five years after planting, in late August or early September or early spring. Delenki should be well rooted prior to sustained cold snap. The procedure is performed carefully, each Bush should be two or three buds and rootlets.

Caring for the watershed

Aquilegia feel good on the lungs, wet and loose soils, rich in humus and nutrients. During the summer season plants fed complete mineral or organic fertilizer. Annually under the bushes spiked fertile land. The planting density is 10 – 12 plants per square meter, low-growing plants planted at a distance of 25 cm from each other, high – up to 40 cm. Abundant self-seeding can be carefully moved to another area, in one place, the plant may be from four to six years. Aquilegia is not in need of winter shelter. 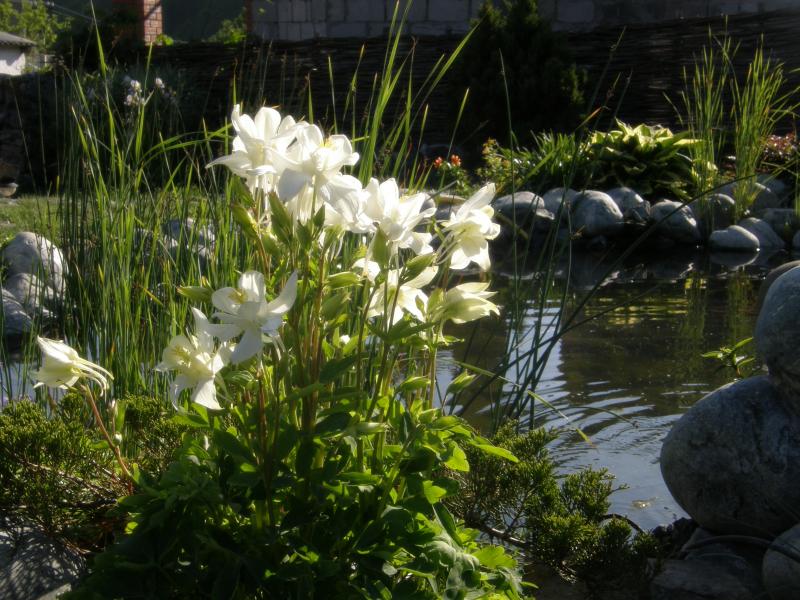 The most common disease of this crop is powdery mildew. Also the catchment area damaged by rust, spotting, Botrytis, root-knot nematodes and chrisantemas, spider mites, aphids, leaf miners, scoops. Caterpillars in a matter of days to destroy the buds and young shoots, eating them to the stems. Plants should be inspected regularly, if necessary, a treatment with appropriate drugs.

Photo of different varieties of Aquilegia 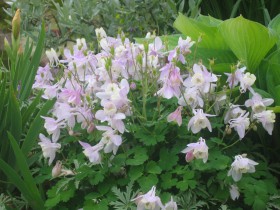 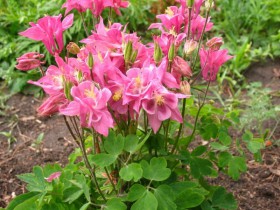 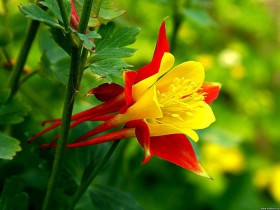 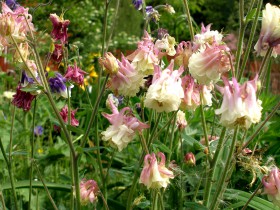 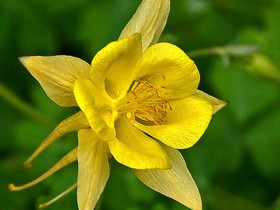 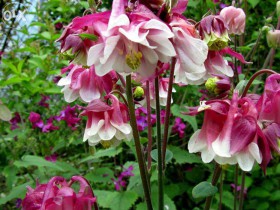