Table of contents article:
In order to create the beautiful and harmonious garden is not enough just to scatter flower seeds, ornamental shrubs and trees. It is also necessary to equip it small architectural forms, lamps etc. But that's not all! No composition will not work, if in advance not to plan your garden style. And if your dream Chinese garden, then you need a big impact to your indoor world. 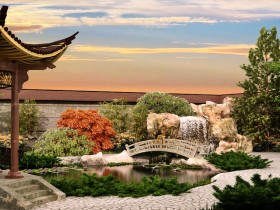 About Chinese garden say, he shows the secret spiritual world of the gardener. Therefore, when it is created there is no need to hire experts in the field of landscape design, only need to know some nuances of a Chinese-style garden, which we now discuss.

Where to begin when creating a Chinese garden 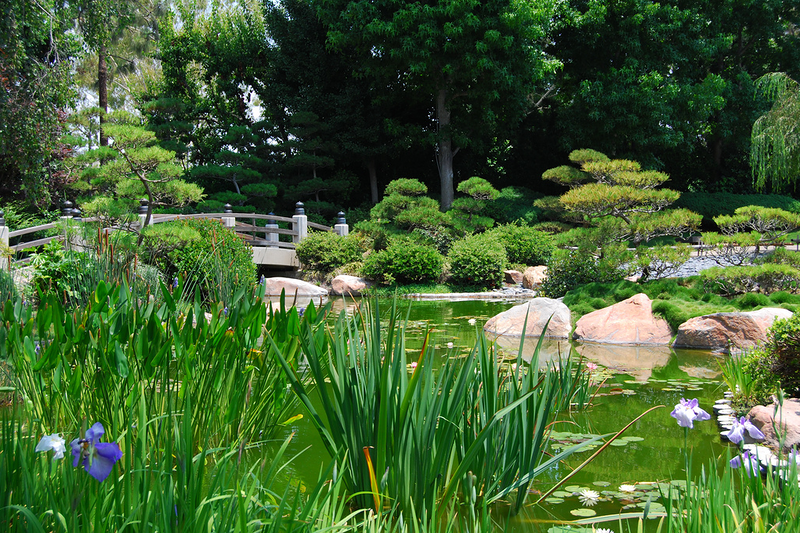 An example of a Chinese garden with a stream, bridge, bonsai trees and low flowers.

Chinese gardeners before creating your own garden is usually trying to relax amid the natural landscape. Still they are very much inspired by the Buddhism, philosophy which calls for strength of mind and spirit surrounded by nature. Therefore, it is safe to say, the Chinese garden reflects the perfect landscape for the gardener.

This garden, miniature mountains, river, trees and shrubs. The main thing that all was blended into one harmonious composition, which would be imbued with energy and inner world of the Creator.

Just as important, that would be in the Chinese garden have not met the bushes a perfect geometric shape (English style) or other elements, which obviously will not show the natural origin of the garden, because, as mentioned earlier, the Chinese garden is a reflection of the perfect natural environment for the gardener.

Another important point, inherent in a Chinese garden, is a combination of, which have a mysterious philosophical sense. These elements include: water, stones, the plant world. Understand, what is the element that symbolizes.

Water, as a symbol of life of a Chinese garden 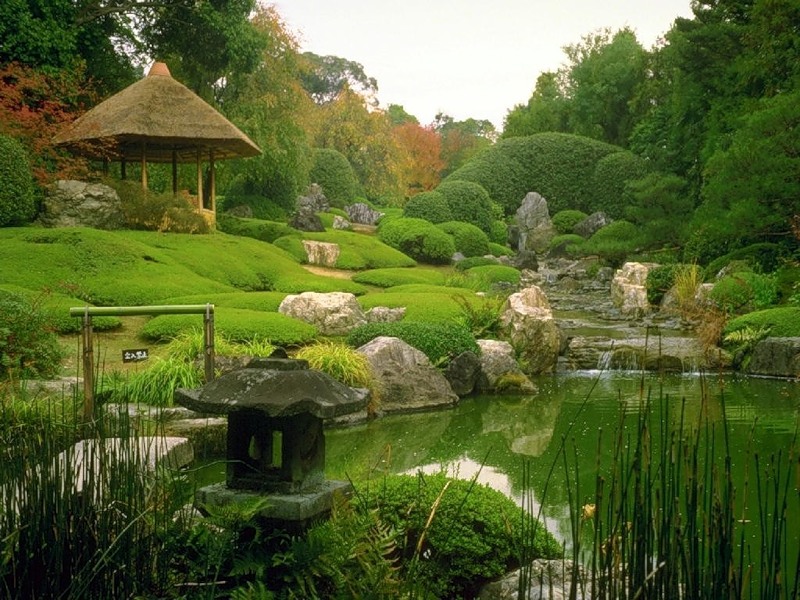 In the photo the water, as a symbol of life of a Chinese garden.

Water must be present in the Chinese garden, because the miniature natural world can't exist without life-giving moisture. To do this, create small waterfalls, streams, ponds, are placed in the center of the composition. Don't need stylish to decorate the outlines of bodies of water, it is better to leave the shore naked, natural. With regard to the current, it should be quiet and calm, as for life. Because. water is like a mirror, from the point of view of Buddhism it symbolizes the true perfect spirit. So it would be wise to build on the shore the place, a gazebo, which really, and the reflection on the water surface, will participate in the composition.

Stones, as a symbol of immortality and masculine 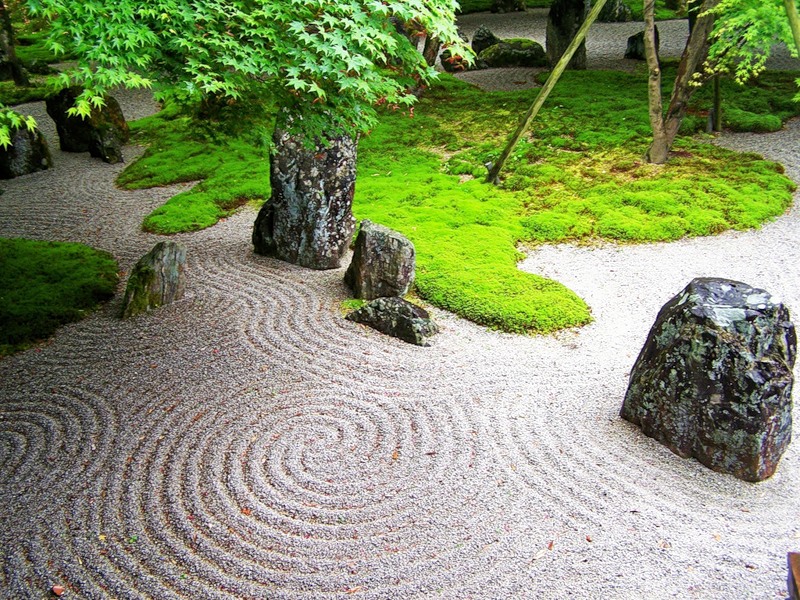 Stones, as a symbol of immortality and masculine

Residents of the East firmly believe, the stones inspired.. Thus, it is believed, the stone embodies the male principle – Yang. Therefore, the presence of stone in the Chinese garden as needed, as the presence of water. They can be located at the banks of the Creek, waterfall, or even to serve as the dominant element of the garden. Chinese gardeners believe, what unusual stones (with overflow, the ancient bloom, holes, veins) are a symbol of immortality, so if you come across such a stone, be sure to include it in your composition. So with the help of natural stone (for example, granite) you can lay track, that effectively complement the Chinese garden.

The plant world of a Chinese garden 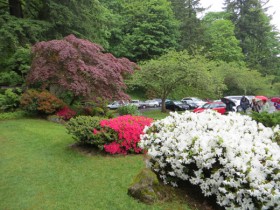 The plant world of a Chinese garden 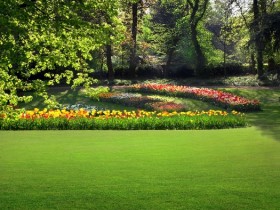 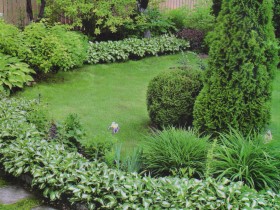 Really the main nuance of the Chinese garden is its appeal, therefore, the flora should be given, that after flowering the same plant species, other must dominate this time. So do not forget about the fact, in a Chinese garden, each element has its hidden meaning and to the plants too.

Trees in a Chinese garden + 8 photo 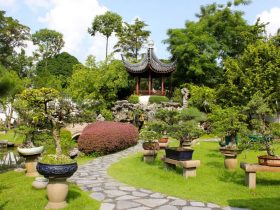 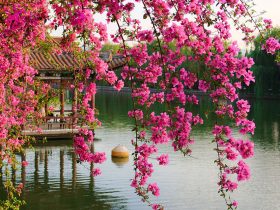 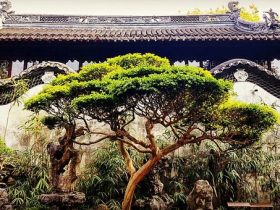 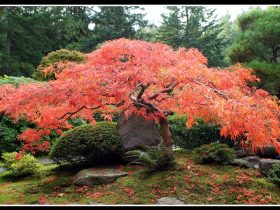 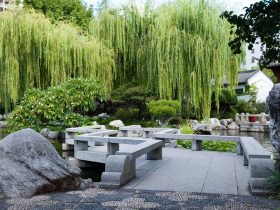 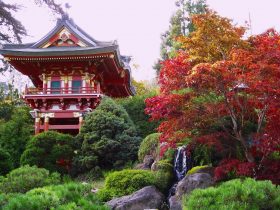 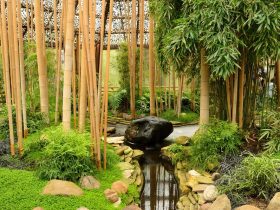 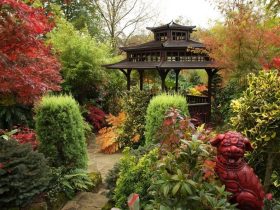 Each tree in a Chinese garden have something to symbolize. Plum or cherry shows strength of character. Pine, which is found in almost every garden, means infinity of time. Especially love the Chinese gardeners bamboo, which symbolizes vitality and endurance (when strong gusts of wind, the bamboo bends, but not broken). Also the people of China like to use special techniques, in order to change the appearance of the tree and show, again, the hidden meaning. These techniques are distorted or artificially aged trunks. Regarding the latter, by centuries-old plants are generally treated with respect, and to the older people. So often the old trees serve as the main element of the Chinese garden. 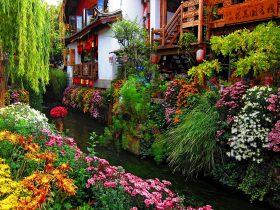 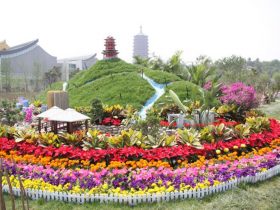 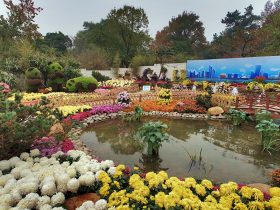 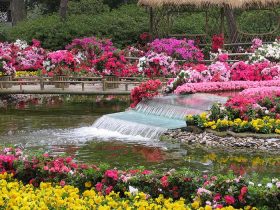 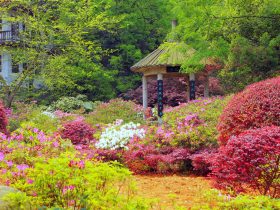 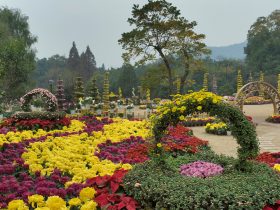 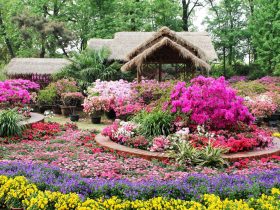 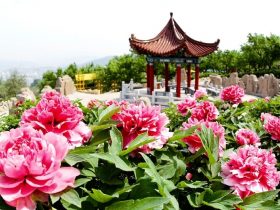 As with the other elements of a Chinese garden, flowers also felt a huge impact of Buddhism. Flowers definitely symbolize something. For example, the Lotus is the symbol of the pure soul. Chinese gardeners love the tree peony, which is considered the king of flowers. Will not interfere in the Chinese garden of roses, daffodils and chrysanthemums. As well, you should pay attention to, each flower has its own satellite: the roses peonies, the plum – Magnolia, from chrysanthemum – begonia. As for lawns, it, as you can see, in a Chinese garden they are not. Instead, they planted herbaceous perennials or ornamental grasses. And finally, don't forget about the classics of the genre – bonsai, which effectively looks in small containers, which are placed on the supports.

It, perhaps, minimum knowledge, you must have to create your own Chinese garden. Don't be put off by the complexity and philosophical nature of the composition, after all, if you really invest in creating the garden the whole soul, there will be no need to add something or change. And remember, the garden, hand made, already, in fact, unique and unique, so enjoy it every day!


You are here: > Garden styles > Chinese garden with their hands – the philosophical meaning of the constituent elements of design +23 photo
See more materials, related articles: