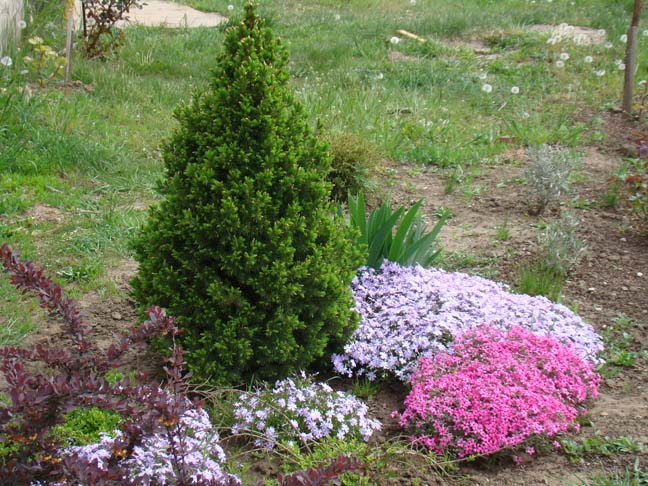 El “conic” in the garden.

New year love and inevitable, each family on the eve of a major holiday trying to solve the problem of purchasing Christmas trees. At the end of the last century, many have switched to artificial fluffy beauties, but today suddenly returned the fashion for all things real and genuine.

Special chic – a private home the Christmas tree, which will delight not only in the holiday, but will continue to grow after graduation. Green beauties as potted culture you can buy in the store, for yourself or as a gift for relatives, friends, friends.

There is a problem: a plant needs care, otherwise the needles would just fall off, and the tree will die. The leader of the Christmas sales – El "conic". In many countries, such as Holland, Denmark, Poland, the cultivation of such crops is supplied by the flow.

Conifers are almost unfit for cultivation house, they need a long dormancy period, low temperature. Konica – dwarf hybrid white spruce, which was formed as a result of mutation and selection of breeders.

The tree grows well in the middle lane, it has good winter hardiness, a small rise allows you to move the plant even in a small area. Under favorable conditions the tree can reach three metres high, but more often it grows to one meter. A large part of the roots is close to the surface, such measures are, as the loosening, best done with some caution.

Two weeks of the Christmas holidays the tree will be able to withstand the heat, then it is necessary to create such conditions, so the plant has zaderzhalas spring up and landing on the street.

Christmas trees as a gift.

Gave you or you bought "Konica" and we must do everything possible, so she survived in a home setting.

The choice of location

It is necessary to find the coldest place in the house, most likely it will be the window sill on the North side of the building, in the presence of a porch or loggia, place inside double glazing. The ideal temperature three to five degrees. Every degree higher the lowering of chances of survival, necessary in winter, peace can only be achieved with the low temperature in the room.

"Coniku" you can decorate like a real tree: tinsel, beads, small toys, but in the warmth of her make only at holiday time, for a few hours. During this time, the tree will not have time to experience stress because of the unusual temperature difference. If loggia, where will be the fir, freezes, you must wrap the pot an old scarf or sweater, any woolen cloth. It will not allow to freeze the moisture from the roots, Krona, not afraid of cold.

To develop normally, the plant can with high level of humidity. Krona is sensitive to dry air, near the tank, you can put a humidifier or bowl of water. The needles have to be sprayed several times a day. Watering should be abundant, the roots of sleep and do not need any extra moisture. Ground you can cover with a sheet of newspaper, paper round will not allow the moisture to evaporate quickly. Spray the plant with water at room temperature. Located under the battery, they can temporarily close, and the plant in the pot to raise the elevation, to do this, use a pan, homemade stand, made out of, that is at hand. 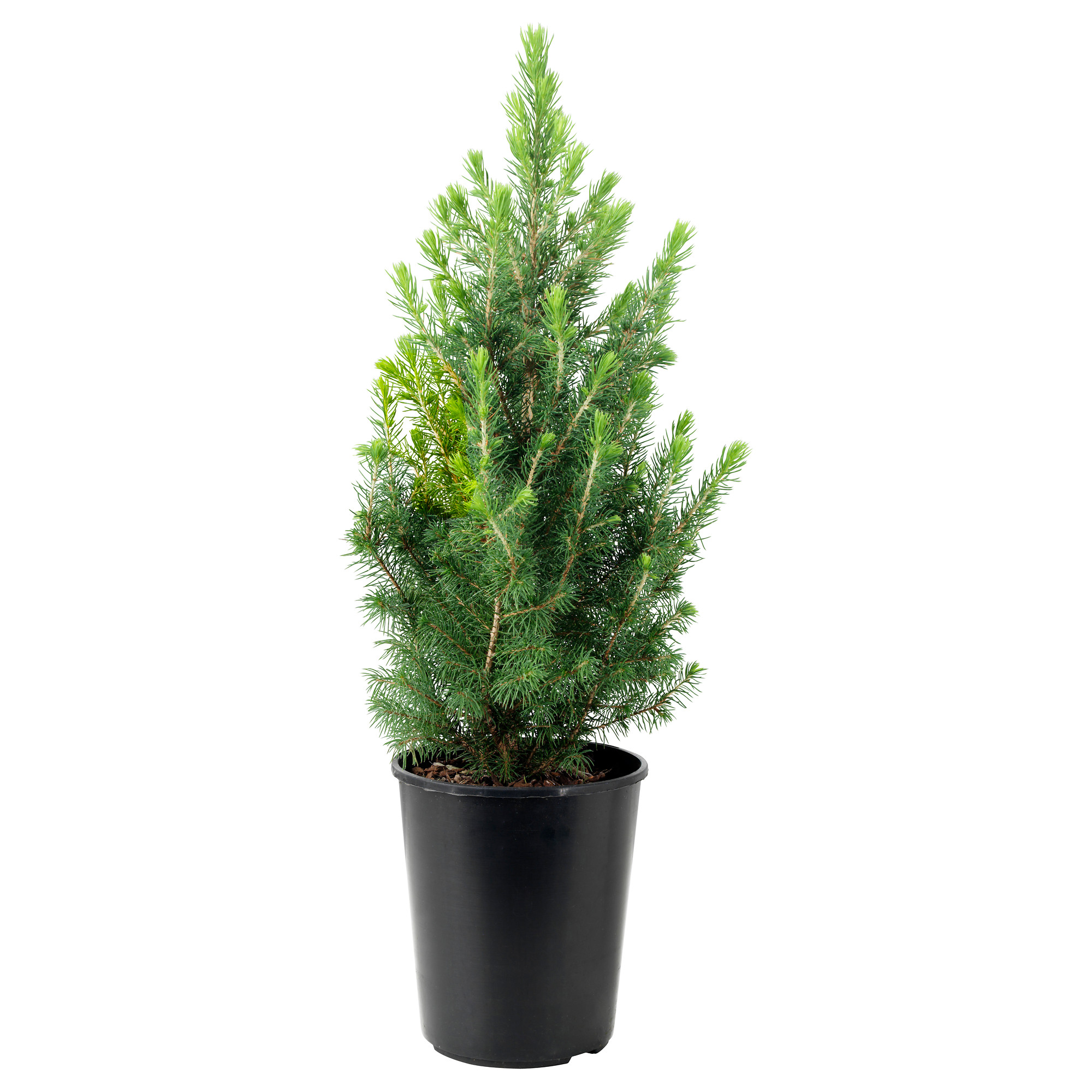 Spruce “Glauca conic” in the pot.

Conifers are very sensitive to sunlight, especially, if they are straight. On the North side of the house, such problems will not arise, on the other sills it is better to create the effect of scattered light. a homemade shelter can provide a sheet of white paper. This is especially true in February and early March, when the sun already beginning to bake. Once a week fir turn, all parties got a light "feeding", otherwise the needles may turn yellow and crumble.

Potted plants are transplanted immediately after purchase, soil ball can not be transported across the border, for this reason, trees are forced to sit in the coconut fibers, or sterilized peat. Such a substrate is not able to provide normal conditions for the development of, it is called the transport. Seedlings in the nursery are watered and fed by droplets, at home this type of care to provide hard. The tree requires acidic soil of a coniferous forest. To rid the soil from possible diseases and pests, it is sterilized in a microwave oven for ten minutes.

"Conic" does not like transplanting, damaged root system barely survives. This process can take up to three months. Repot the tree in spring, if in winter the plant will be in cold room, he'll make it to March and conveying substrate.

A warm room makes its own adjustments. Peat at a high temperature instantly dries, reducing the chances of survival. If the cold does not have a veranda, the fir-tree should be transplanted in a bigger tank and cover the sides and bottom of the ordinary, forest soil, without disturbing someone with roots. 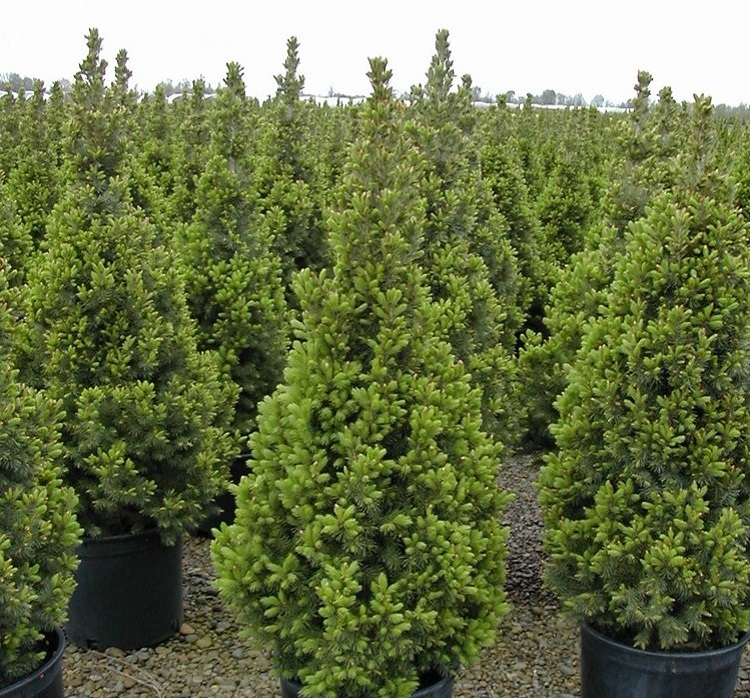 El “conic” in the nursery.

Transplant should not be delayed, if the plant has launched many new needles, that is off the growth. Fresh shoots are a sign of desperation, the plant is not a good time woke, "Konica" is trying to produce offspring – tender twigs with a lighter color. Not only crown, but the roots will give their all on the vegetation, they can rot in aberrant substrate, where bad evaporates moisture and not oxygen. Tronuvshegosya in growth the tree should be transplanted immediately after purchase, the substrate from the roots it is better to shake off. After the transplant, the tree may lose some of the pine needles, this is a normal reaction of the plant, awakened at the wrong time of the year. Maintaining the ambient temperature is not above 10 degrees will ease the stress.

Immediately after transplantation and during hibernation, the plants do not require fertilizing. In the spring the tree is treated with a stimulating biologics, they will awaken dormant buds and will help the tree to restore its decorative appearance. For irrigation the use of fertilizer for the plants, who are able to maintain the right acidity of the soil. Feeding produce from April to mid-July every two weeks.

Tree for home: how to choose?

If you are morally ready to the complexities of care, the fir "Coniku" should be selected according to the following criteria: 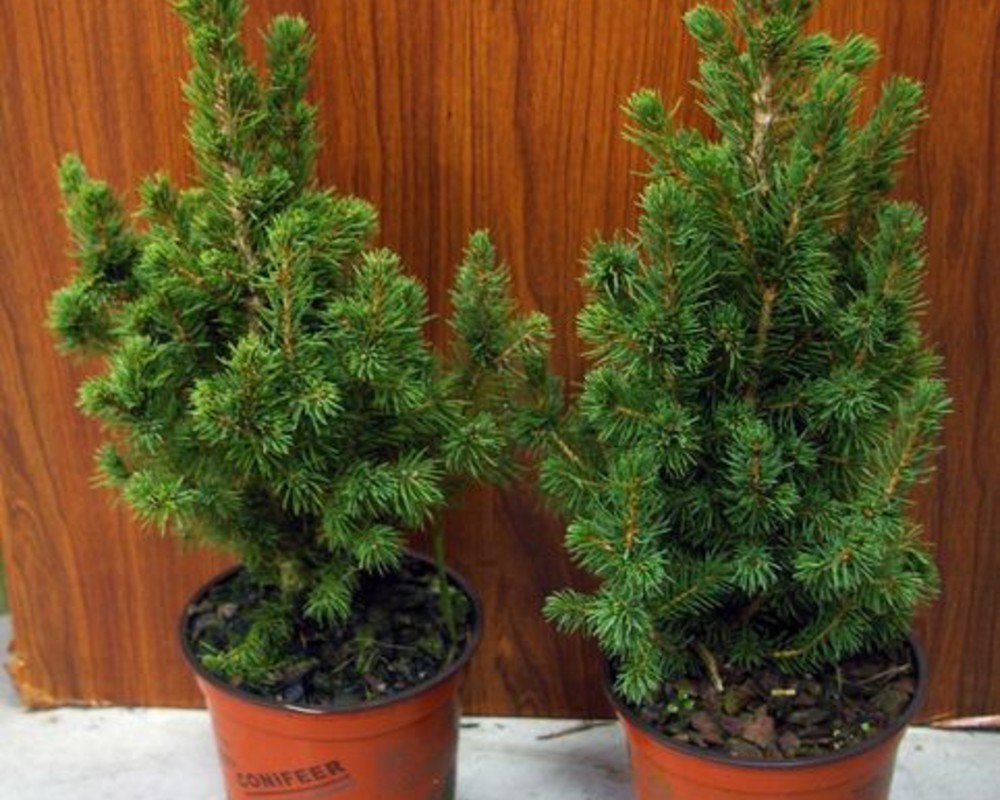 Best potted culture to create new year's mood is Araucaria. This ephedra is intended for home cultivation, it can easily withstand all the hardships of winter on the windowsill. Needles of this plant under the Christmas tinsel looks no less interesting.

If the seedling "Conic" begins to die – from the tree, hands to tear a healthy sprigs 10 cm long and put them in a glass of water, which added growth stimulator. To pluck twigs better "promenade". By spring some of the cuttings grow roots, and you will have your own planting material. 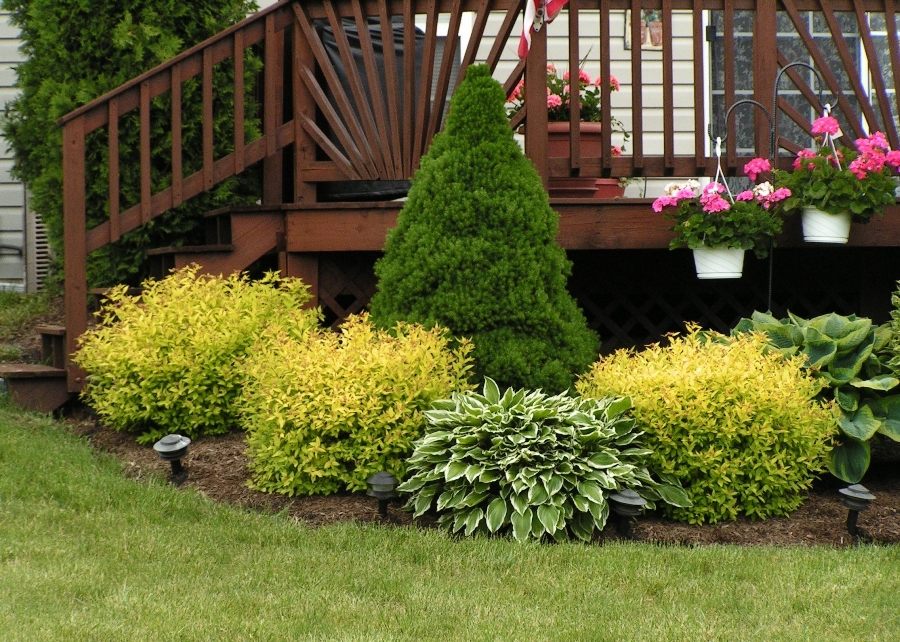 “Conic” at the front door.

Planting in the open ground

Spruce, planted near the porch, will bring at least a wonderful Christmas mood, than a home tree. "Conic" is growing slowly, adding the year is not more 10 – 12 cm, meter instance of the tree will turn out in ten years. Container trees are planted in the spring and two months before the onset of stable negative temperatures. In this case it is better to use the method of handling.

"Conic" likes well-drained moist soil. The best option – loam. Stagnant water, waterlogging – death of the plant. Low-lying area you can try to fix a layer of broken bricks, coarse sand, expanded clay. Desirable pritenennoe territory, to needles was not under direct rays, spruce can be planted near the fence, in the background home wall, in the group of other conifers.

The order of operations when landing

The advice of seasoned gardeners

Threat time – late winter. The sun and its reflection from the snow cover can severely burn the foliage, it will yellow and crumble. Burns with difficulty restored. To avoid such development of events, in early February, the seedlings cover non-woven fabric or burlap, just tying up to a branch with twine, you can sew the bag in the form of a cone.

If the summer was hot – near the "Conic" install the water hose with a sprinkler and turn it on several times a day.

Buy spruce in a pot in the case, if you have a plot, which it can be planted, or present to friends, who have such conditions. Conifers are unable to live at home, they are designed for those conditions, in which were born and developed, it is not necessary to torment plants unusual atmosphere. 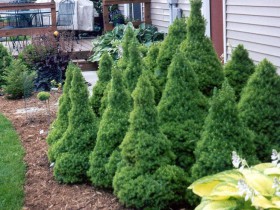 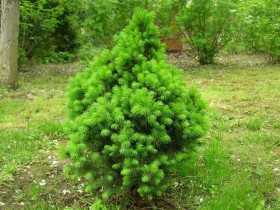 “Conic” on the site. 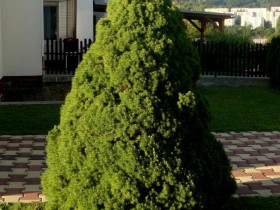 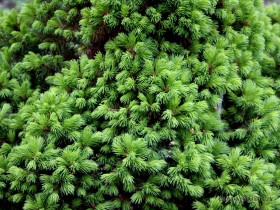 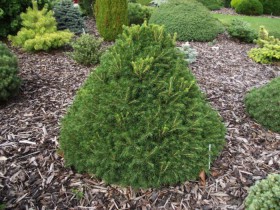 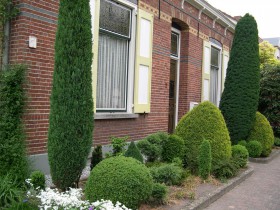 Conifers near the walls of the house.


You are here: > Plants > Trees > Konika in the garden and on the windowsill
See more materials, related articles: