Table of contents article:
To date, paving garden paths with their hands is quite varied and creative work. Popular for garden paths made of natural and artificial stone, wood, decorative gravel, bricks and even rubber tiles. 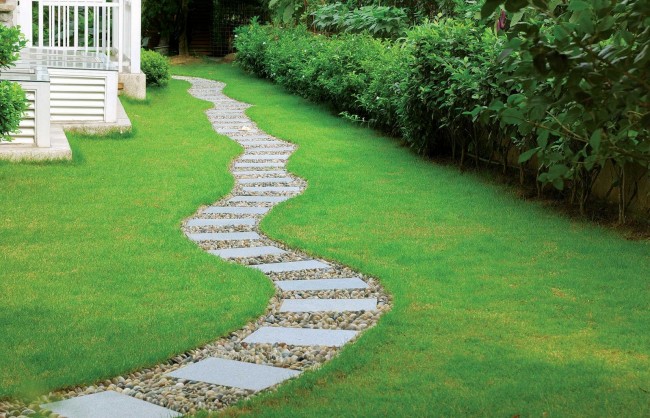 Garden path in the country

The main problem lies in the fact, for each soil type requires its own preparatory work, and a certain kind of garden paths.Among the main soil types are the following:

The physical properties of these soil types can be combined into such groups:

Consider the features of the preparatory work in paving garden paths for each of the groups of soils. 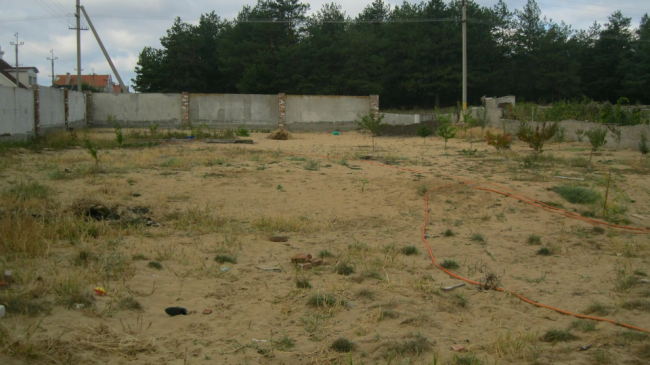 Sandy soil on the site

The advantage of sandy soils is good drainage properties and low swelling in the winter. On sandy soils it is possible to build a garden path of any type.
If you decide to create a trail of natural slate, you only need to “remove” 5-7 cm of soil and cobble material, leaving a small gap. On the sandy soil there is no need to create a drainage layer or other bedding, it is enough to lay paving material, to fill the gap with sand and pour water on them. The only, what can you add, this is a small garden border, which will give the track a finished appearance.
For paving, paving stone on sand enough to remove no more 15 cm of soil (it all depends on the thickness of the paving material), and then act according to the technology, which was described above. In addition to pavers, it is recommended to use natural and artificial stone.
The main problem, faced when caring for the garden path on sandy soil – the weeds in the cracks. What would prevent them from prorastanie, it is recommended that when creating garden paths first to lay the geotextile, and then to lay paving material.

Please note that, data preparatory work on the sandy soils are only suitable garden paths in the walking area. If you want to pave the Parking lot or check-in for the machine, additional activities to strengthen the platform. 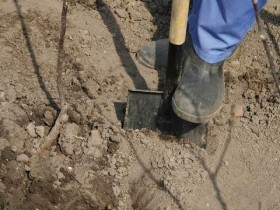 Sandy loam soil on the site 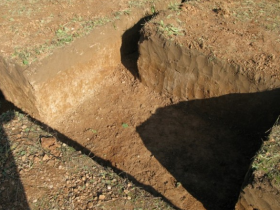 Loamy soil on the site

More problematic, but still satisfactory for paving garden paths is loamy and sandy loam soil. The disadvantage of these soils is poorly drained properties.
Before, how to create a walking track, you need to take care of the drainage layer of sand and gravel (usually it is 10-15 cm).
This files most often on loamy and sandy soils create a trail of natural and artificial stone, decorative gravel, but in the same monolithic concrete.
The paving material is laid on the compacted drainage layer. If when creating a track used cement pillow, in sandy layers there is no need (because. on top of rubble filled with cement mortar).
Should pay attention to the garden path of in-situ concrete. When paving is necessary to remember about creating a special expansion joints, which effectively protect the driveway from cracking and various deformities. Deformatsionnye seams represent poperechnye hole in the garden path, filled with bitumen sealant, which has elasticity. The width of the seam is usually 1 cm, and the step between the seams from 2 to 6 meters.

Please note that, that expansion joints can further decorate a garden path, if they are created as shapes and at different distances from each other. 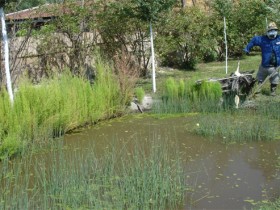 The marshy soil at the site 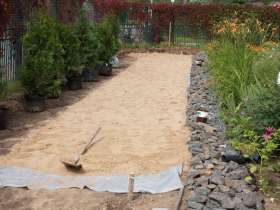 Clay soil on the site 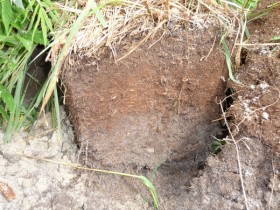 Peat soil on the site

Most unfavourable for paving garden paths are these three types of soil, because. they have the swelling and, as a rule, are an indicator of the proximity of groundwater to the surface (this means, the soils are saturated with water).
In order, that would make a garden path in a swampy, clay or peat soils, you must first take care of the quality of the drainage system groundwater ( deep and surface drainage), then make the sand-gravel cushion, and then move on to the paving material.
It should be noted, the thickness of the drainage cushion on swampy and peaty soils should be more, than on loams and supersonico. Typically, the thickness of the bedding is about 20-25 cm (10 cm large gravel, 5-7 cm of gravel and about 5 cm sand). It should also be note, the level garden path should be slightly above ground level (at a height of about 5 cm).

It is not recommended to create a trail of solid concrete, because. the material will become saturated with moisture and in the winter to deteriorate quickly (moreover, effective expansion joints will not save in this situation).

Another important point is on soil of this type is not erect the wooden track. The timber and so are prone to decay, and on the marshy peat soils and its durability will be reduced quite to a minimum. If you have decided to make a wooden path, efficiently handle the material antiseptic and open the varnish.

That's all, I would like to tell you about types of soil for garden paths. I hope, this information is saved your recreational areas from premature destruction. We also recommend you to view the article: strengthening of slopes and retaining walls geotextile!