Types of chimneys for a bath 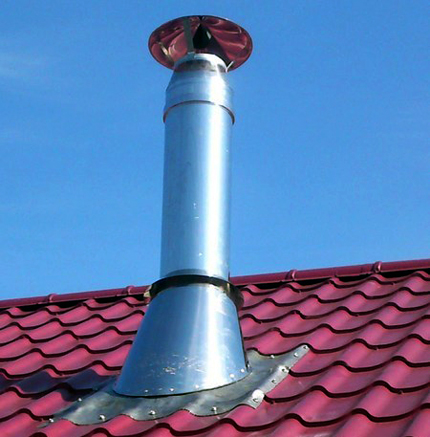 The chimney for the furnace in the bath

There are several classifications of ducts for furnace in the bath. Depending on the material of manufacture of the chimneys are brick and metal. With regard to the installation of the chimney, the pipes can pass from the inside baths (internal chimney) or be put outside the baths (outdoor fireplace). A detailed look at the benefits of each type of chimney for bath.

Brick chimney is a more traditional version of the chimney for the furnace in the bath. The labor of setting brick chimney higher, but the structure will have high strength, insulating properties, and durability. It should also be noted, bath with brick fireplace is more secure to fires. One of the drawbacks of a brick chimney is the roughness of the inner walls of the pipe, causing the flue cleaned more often (soot lingers in the chimney, slowing down craving of smoke). 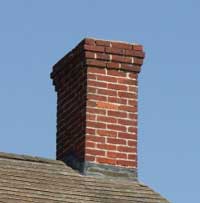 Metal chimney easier to install, material costs for its construction are lower. The lack of a metal chimney is condensation on the inner walls of the pipe, and the need to create more high-quality thermal insulation of the chimney. 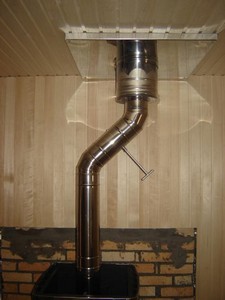 Now let's talk about the way the chimney: external and internal.

Internal chimney, again, is a classic of the genre. Its obvious advantage is the additional heating of the steam in the bath, that significantly reduces fuel costs and time of heating the bath to the optimum temperature. Despite this internal chimney more difficult to care for and is more time-consuming jobs on the construction (it is necessary to pierce the ceiling with the roof, to make high-quality sealing pipes, etc.). Also the lack of domestic chimney is fire and smoke the whole room, if you experience cracks in the pipe or other negative phenomenon. 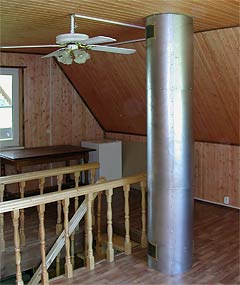 Outdoor fireplace is an American idea and so popular. In this case, the chimney for a bath connected with the furnace, but immediately through the wall comes out. The whole structure of the chimney is on the street, therefore, the risk of fire, and care of the fireplace substantially reduced. The exterior chimney also has its drawbacks. First, the chimney should be warm, otherwise the exhaust gas will quickly cool down and not be able to go into the atmosphere, which promotes more frequent cleaning of the chimney. Second, the chimney will heat the steam room, so the fuel consumption will increase significantly. 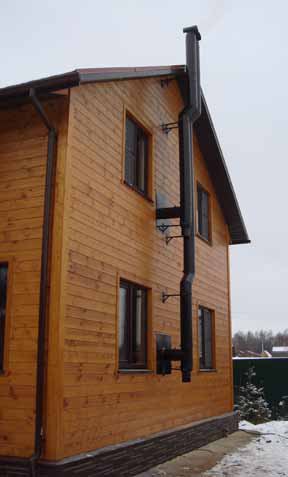 As types of chimneys today many, the device of each chimney to provide silly, it takes a lot of time. It is best to provide you the device of the chimney for baths on the basis of the following schemes: 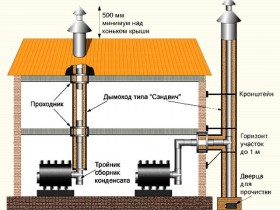 Diagram of the device of the chimney 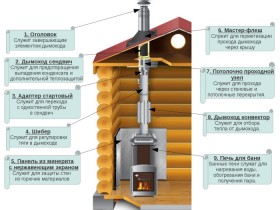 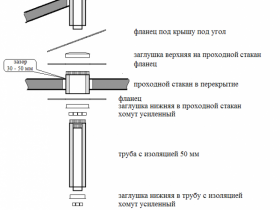 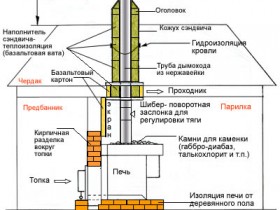 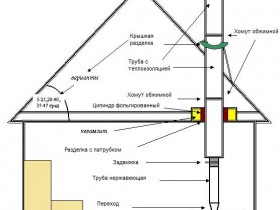 As you can see, there are different schemes of chimneys, which depend on the characteristics of your oven, the thickness of the purse and their own preferences!

How to install a chimney in the bath?

Flue installation is a cumbersome process, which requires the following requirements and recommendations:

How to clean the chimney in the bath with his hands?

As for, that would heat the bath uses a solid fuel stove, the products of combustion (soot) constantly accumulated in the chimney of the bath. If you notice, that link noticeably deteriorated, but outside the chimney is fully a, so, pipe clogged with soot and needs to be cleaned.

The most traditional method is to clean the chimney with a brush or weights with rope. But since we live in the modern world, mechanical cleaning of the chimney with your hands is not an advisable method, the more that you need to take a bath all the valuables and furniture is covered with cloths, because carbon black is around.

A simpler method is to inflame the furnace of aspen wood, burning of which creates intense cravings, causing the soot knocked up.

It is also recommended to clean the chimney by setting up pipes special fan, working on a "variable intake". Running the fan will pull all the soot from the chimney, but only in this case it is advisable to talk to the neighbors, what would they not have posted linen, because. the entire area near the baths may be contaminated with soot.

Another popular method is chemical cleaning of the chimney, which is a dislodging soot from the chimney from the combustion of special chemicals, enhancing traction.

Well, the last method, weakly effective, but still used by gardeners is, in the winter you need to sculpt the snow, diameter 10 cm and throw it inside the chimney (top). Snow will collect most of the soot and put it down, to the well, then just melt.


You are here: > Build bath > How to install a chimney for the furnace in the bath?
See more materials, related articles: