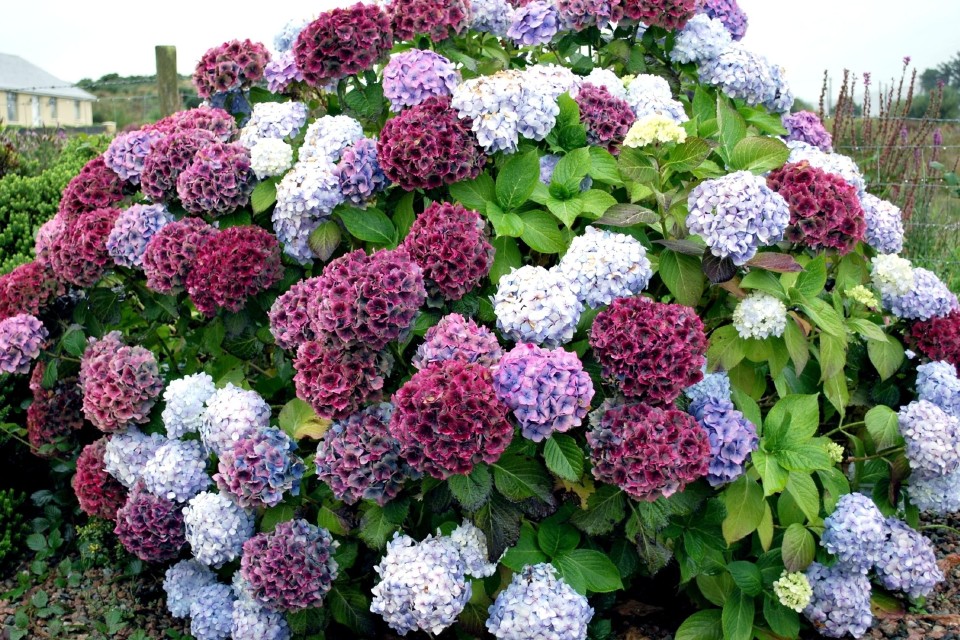 The main element of the landscape, the blooming hydrangea with tight “caps”-buds.

Island of several hydrangeas or even the lone Bush of this beautiful plant with spherical or pyramidal inflorescences adorn even the Royal garden. Garden beauty capricious in care, but it is worth it, to make an extra effort to grow this wonderful flower on your site.

A bit of history: name or water?

In Europe first appeared macrophylla cultivar, it happened in the late eighteenth century. Located in the Indian ocean island of Mauritius was visited by the French travellers, they brought a beautiful plant with a. Party world tour was Prince of the Roman Empire, Nassau-Siegen, legend has it, what he called the exotic flower, the name of his sister.

Another historical legend says, that the name Bush was in honor of the beloved French doctor Commerson. There is and less romantic version of appearance the name of: only Bush was accidentally discovered in the garden of the Governor and it was called "hortensis", that means "from the garden".

The moisture-loving hydrangeas, hence the second name – gerante, a literal translation of the Greek: "water" and "vessel". Themselves bolls is also similar to the small jars. The first name is much nicer to the ear and it is used much more often.

The types of hydrangeas 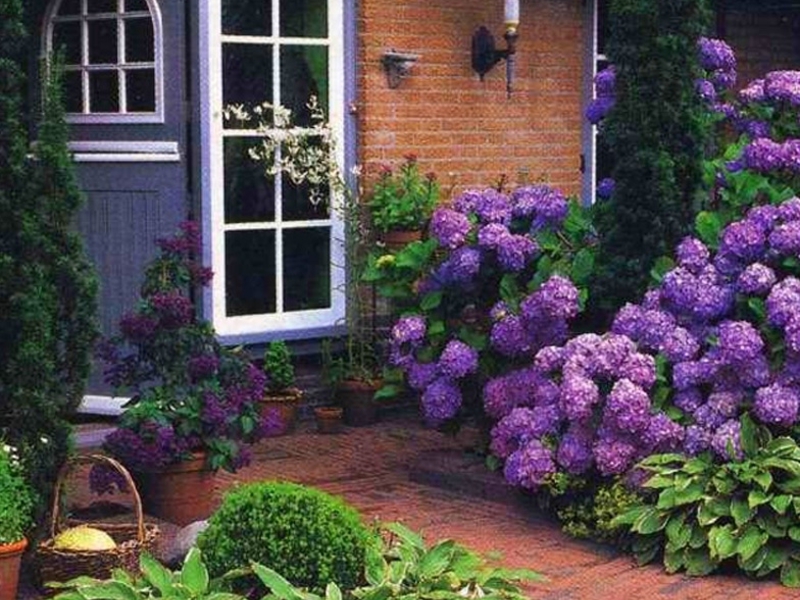 Hydrangea near the house wall, example of landscape design.

The family hortenziyevyh includes dozens of varieties. Most often it is large-leaved flowering shrub, but sometimes the so-called small trees, and even lianas. Inflorescence paniculate or dashboard, located at the ends of shoots. The edges are fruitless flowers, in the center of fertile, capable of reproduction. Some types of flowers produce fruit, forming a beautiful large balls.

The most popular varieties in Russia

Paniculata hydrangea is similar to ice cream, which is embossed in a waffle Cup. Cone-panicle length 20 cm consists of small and large flowers. At the beginning of flowering, the white petals, then start turning pink, at the end of the season in the pink color added greenish hues. The change of coloration is a common symptom for a shrub of this species. Leaves elliptical, fuzzy, to the touch – velvety. Paniculata hydrangeas bloom for a long time, early varieties bloom in June, the process is going on in July. 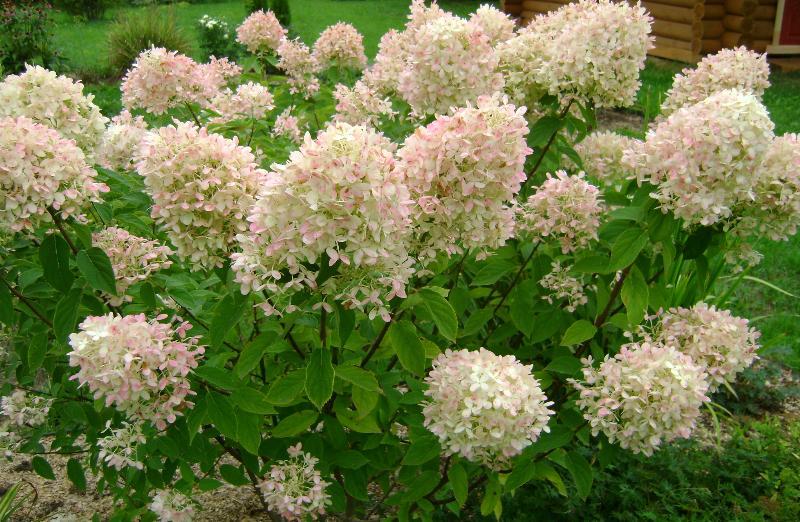 Hydrangea are beautiful and exquisite in all its manifestations: there are plenty to choose from and a lot of work.

Varieties of tree hydrangeas can tolerate difficult climatic conditions. The plant may freeze in a very harsh winter, in other cases, successfully survive till spring. In fact it is still a shrub, growing to a height of 1,5 meter. Large leaves are egg-shaped and serrated at the edges, on top they are green, bottom – SIZ. 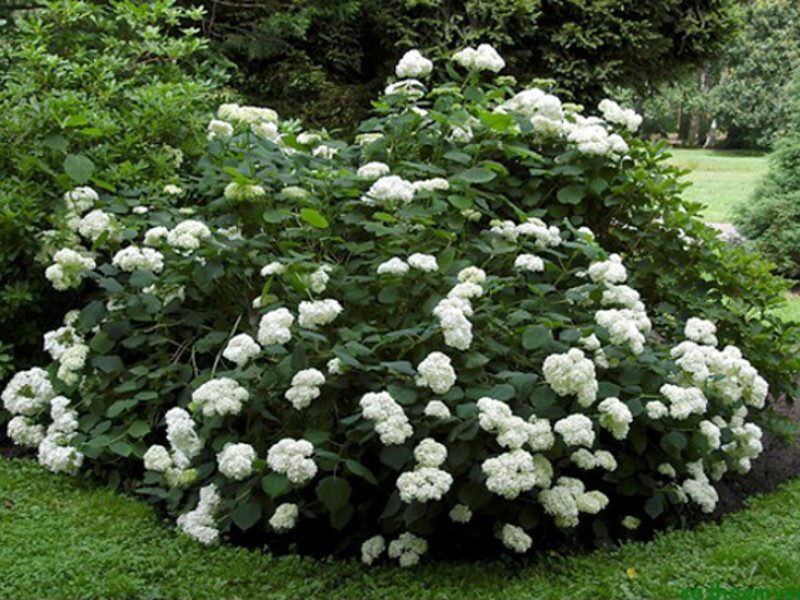 The loose inflorescence of this variety of hydrangea are shaped flap: large flowers are located at the edges, small – mid. Shrub include "crawling means": through rhizomes and suckers, he are able to climb the wall built to a height of 25 meters. The greenery hides the brickwork, the plant looks very picturesque. Unfortunately, Russian winter this hydrangea is not going through, but it can be used as a groundcover. In the Baltic States stemmed hydrangea able to spend the winter on poles. 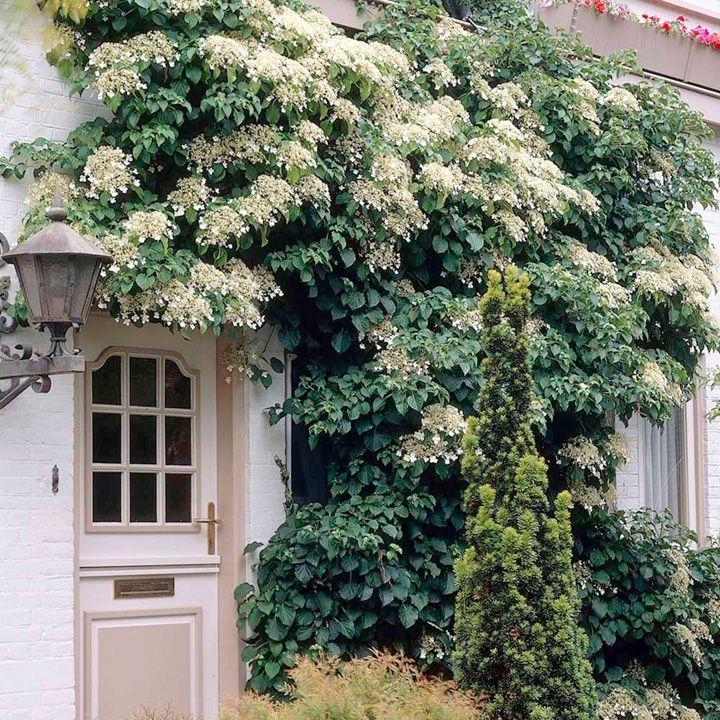 The species is widely distributed and delights gardeners a variety of colors. Various form inflorescences. In winter the hydrangeas need to cover, there is no guarantee, she will survive the winter or not sopreyut. The best way is to breed her in a greenhouse, then planted in the open ground, in the autumn capricious beauty again to move to the greenhouse. But the winter she would have to spend in the basement. Bush is not high, all the movements were not reflected on the plant, it can be grown in a tub. 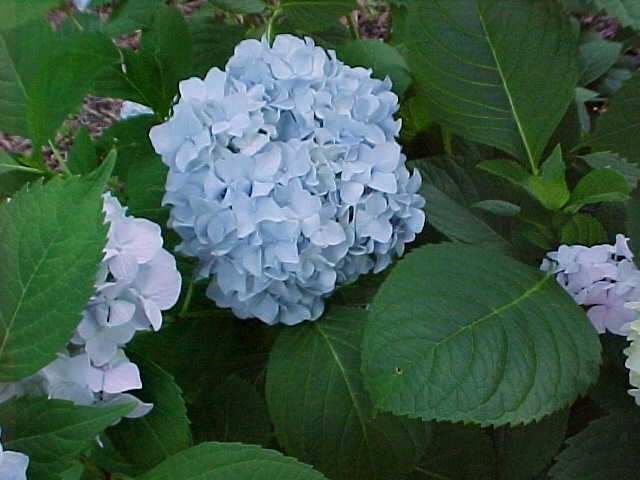 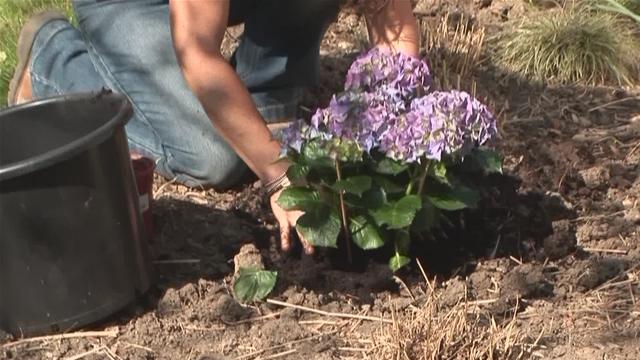 Planting hydrangeas in the ground.

The best time for planting hydrangeas is in the autumn or spring, in a pinch, we can do this in the summer. Pick up place so you need, to the hottest, afternoon, the hive was in the shade or in partial shade. Drought and scorching heat plant tolerates extremely bad. The soil must be acidic, to create a special regime and composition of the soil in the planting hole put a special blend for azaleas or peat. A good option is to mix compost, peat, leaf humus, all components are taken in equal proportions. Compost can be replaced with superphosphate or potassium sulphate.

The planting hole should reach 50 cm in depth and 60 cm wide. Soil – loose, that tree had the ability to freely "breathe". Before planting, the roots of plants need to be shortened, shoots to cut to a third or fourth kidney. Seedling, after placing in the ground, should be watered, sprinkle peat mulch. As mulch suitable sawdust and film, burlap and paper, needles and compost, expanded clay and straw. This procedure will help to maintain the correct air mode. If the hydrangea will perform the role of "hedges", the bushes should be placed at a distance of two to three meters from each other. More frequent planting can lead to "conflicts" – the plants just strangle each other.

Care and feeding, what to pay attention?

The plant will delight in the summer season, if you take care of it.

Rejuvenate old shrubs, at the end of October make cutting the weak shoots, others are pruned to one or two pairs of buds. In the spring pruning repeat, removing the frozen winter branches. The upper part of the shoots last year the cut is not necessary, the plant will die.

Reproduction: as, when and how?

Beauty is never too much, sooner or later it will be necessary to propagate the plant, to plant new shrubs or replace the old, dead.

With the vagaries of hydrangea you need to fight. If you follow all farming techniques, to learn from knowledgeable gardeners, the long garden will delight you with its fabulous views. The beauty of going on with his hands, apply certain efforts and they will pay off handsomely.

Photo of different varieties of hydrangea 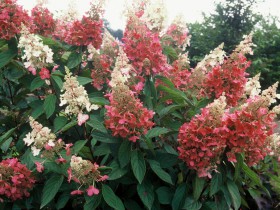 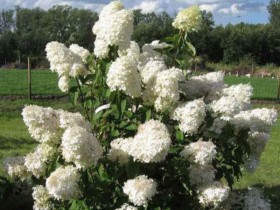 “Grandiflora” is a popular cultivar of paniculata hydrangeas. 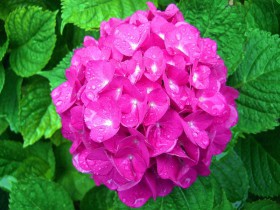 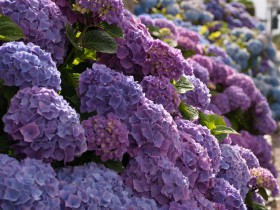 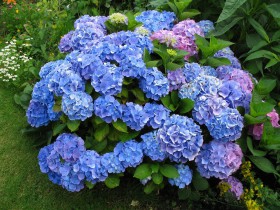 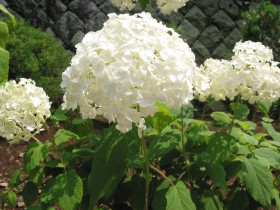 Video: care and pruning of hydrangeas