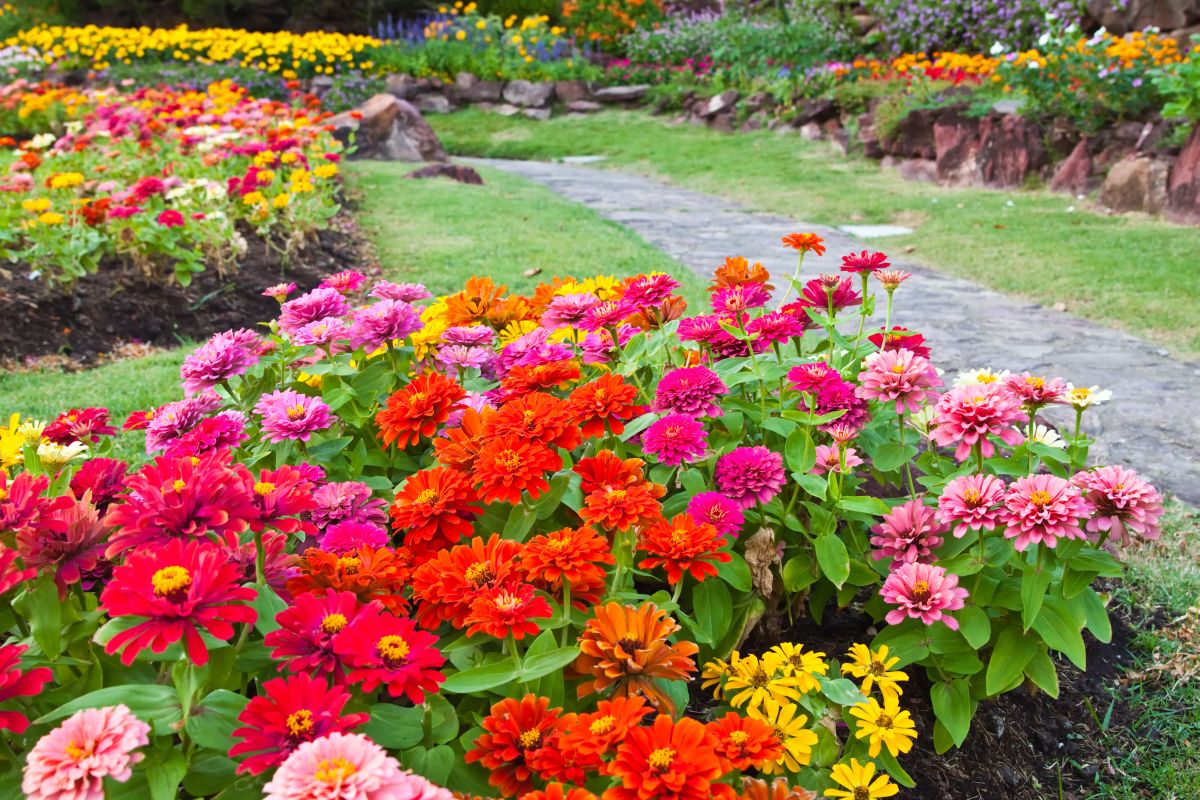 In the photo: a riot of colors – zinnias in the garden.

Discreet and modest flowers zinnias – the epitome of beauty of the area in the middle of summer.

In people, these flowers are called "majors". But all known plants have gained their place on the planet not only because of its attractiveness. Additional advantages make you love this culture even more.

Palette of colors – all colors, except the blue. Zinnia goes well with annual and perennial plants, herbs. Not less widely represented size among species and varieties is as low, and high instances. Such diversity will help the grower to implement any ideas on arrangement of the site. Zinnias are undemanding, they like to visit the butterflies and birds. Flowers you can pinch off, the more removed, the more there will be new buds.

The genus of this culture has two dozen types, in the wild they grow in South and Central America. Zinnia can be perennial and annual, subshrub and herbaceous. Leaves ovate, inflorescence – baskets, large, sessile or on long stalks. Marginal flowers variously colored: they can be white, red, pink, lilac, purple. Fruit – achene.

In the landscaping of the garden or land used and elegant zinnia zinnia uzkolisty. Very popular culture enjoys in the United States, breeders displayed a lot of varieties, resistant to heat and bright colors.

Zinnia is a heat – loving and photophilous plant, it does not tolerate frost. For normal development and flowering requires a neutral fertile soil. The plot is dug over, contribute to soil humus, leaf mold or compost in a bucket per square meter. Add superphosphate, the nitrophoska and sulphate of potash, substances contribute in equal proportions, then the soil once dug to a depth of ten.

The plant feels good in the sun, needs protection from wind. Zinnia does not tolerate prolonged drought, and excess moisture. In that and in other case the flowers get smaller. Responds well to application of mineral and organic fertilizers, feedings are two to three times per season. 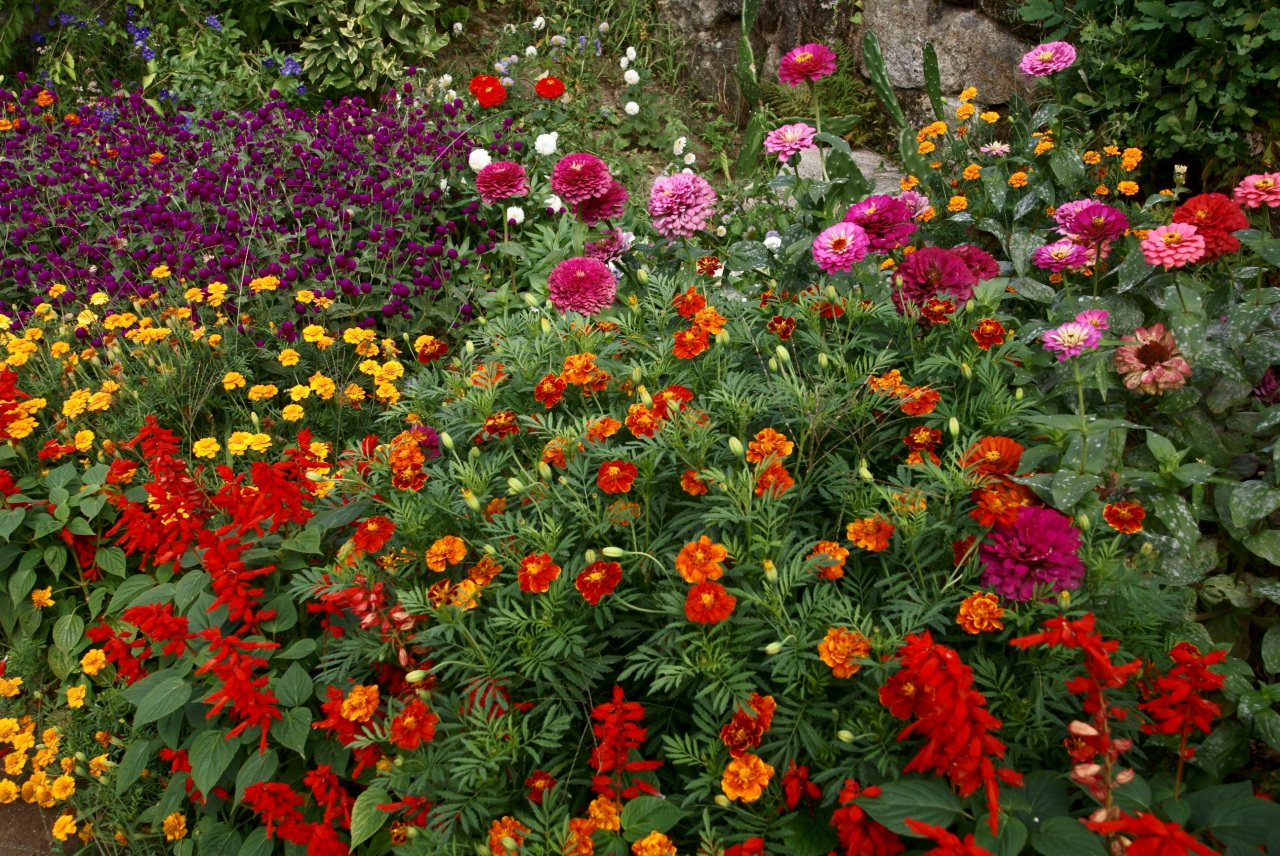 Zinnias and other culture in group plantings.

Culture is very sensitive to frost, autumn and spring. Most often it is propagated by seeds. The first stage is soaking planting material in a wet rag, strong seeds hatch in three days. The best choice is peat pots, depth of seal – 1 cm, time of sowing – the beginning of April. Seedlings it is best to keep on the windowsill, the optimal temperature 22 to 24 degrees. Long shoots can be sunk. In late may, the plants stand on a balcony or terrace for hardening.

Planting in a permanent place produce in June, after the spring frosts. The distance between the bushes – 35 cm. Culture tolerates transplant, if the plants move along with the ball of earth. In southern regions, growers propagated without the zinnia seedlings, sowing the seeds in the ground in April. Too thick the seedlings thinned.

Zinnia delight flowering after two and a half months after sowing. Each flower does not wither during the month, two months later the seeds ripen, which retain good viability for two to three years.

Culture is used to planting on beds, in large and small groups, looks good in the vase life. The flower can be grown on balconies and in containers, preferred short and medium varieties with short stems, stable against the wind. Flowers long stand in a vase, cut them in half condition. The ends of the cut stems in hot water or fired. To revive wilting bouquet can, if you place zinnias in hot water and refresh slice.

Before the frost low-growing zinnias are dug with a lump of earth and planted in large pots, abundantly watered and kept at room temperature in the light. The plant will long continue to decorate the apartment or house. 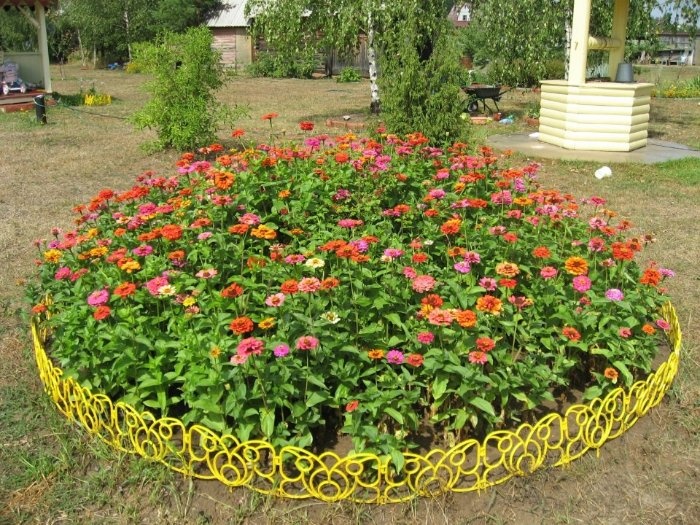 In the photo: a bed of zinnias.

The types and varieties of zinnias

The homeland of this species South of Mexico. Fast-growing annuals with sustainable, erect stems, to 90 cm in height. The leaves are pointed, dark green. Stems and leaves pubescent. Inflorescence up to 14 cm in diameter, the flowers are bright, color – from white and cream to red and purple, middle – yellow. Blooms profusely from mid-June. Seeds remain viable for up to four years. The culture was grown by Aztecs in the sixteenth century, in Europe the species is known from the late eighteenth century. In form ligulate flowers, the structure of inflorescences and tall zinnias graceful divided into several groups: 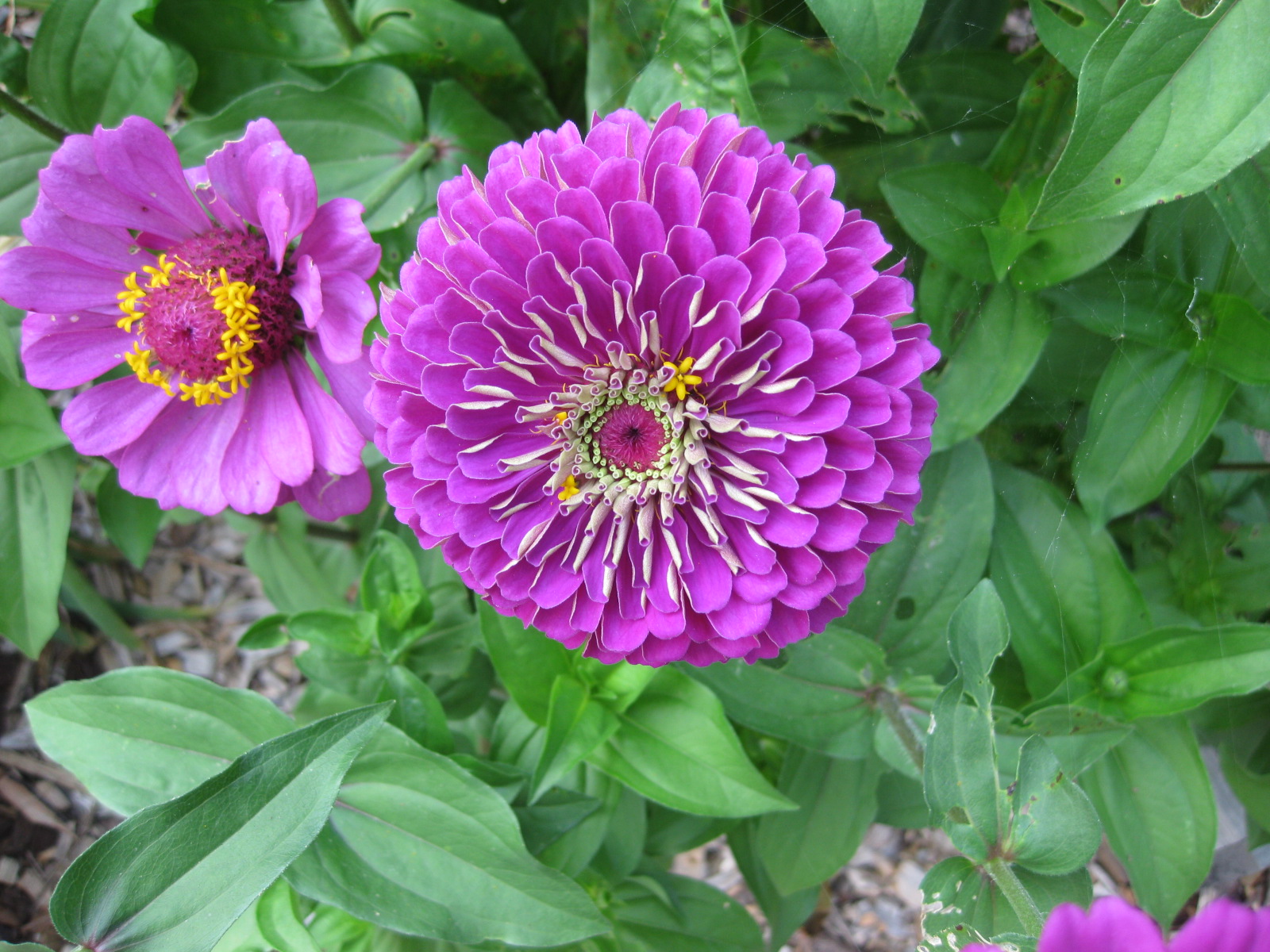 In the photo: varieties zinnia”violet Queen”.

Pompon zinnias are low, Bush reaches half. The plant is compact, with a large number of shoots, densely branched. Inflorescence – small, similar to the beanie, Terry dense. Well-known and popular varieties: 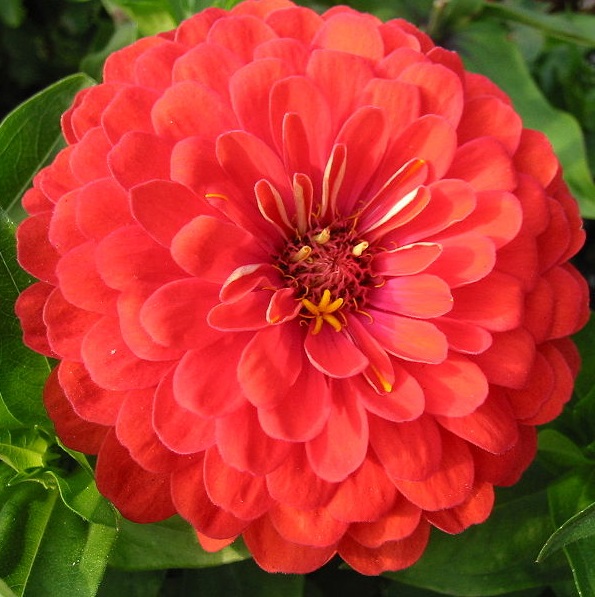 Erect annual branched shrubs to 40 cm in height. The leaves are elongated, with a broad base. Flowers – small, bright orange, solid, semi-double and simple, Middle – black and brown. In the culture since the mid-nineteenth century.

A well – known grade - "sunshine". Branched plant up to 25 cm in height. Inflorescences small, Terry, the coloration is red-brown and dark orange.

The most common attack – powdery mildew. To avoid illness, you must take care of correct and adequate air circulation, irrigation performed only at the root. The zinnia can affect root rot, Fusarium, dry rot of the stems. Insects and slugs, can damage – aphids, snails, spider mites, chafer. To fight uses appropriate chemicals.

Photos of different species and varieties of zinnias 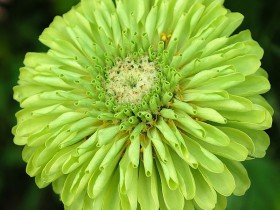 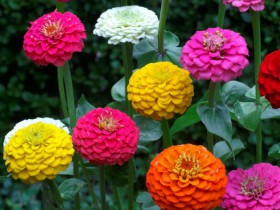 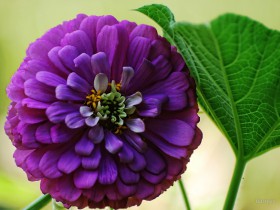 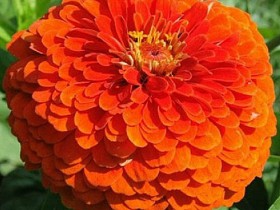 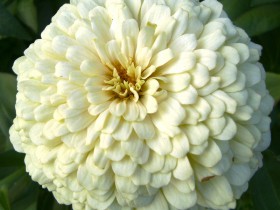 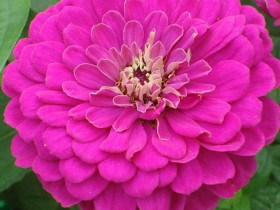