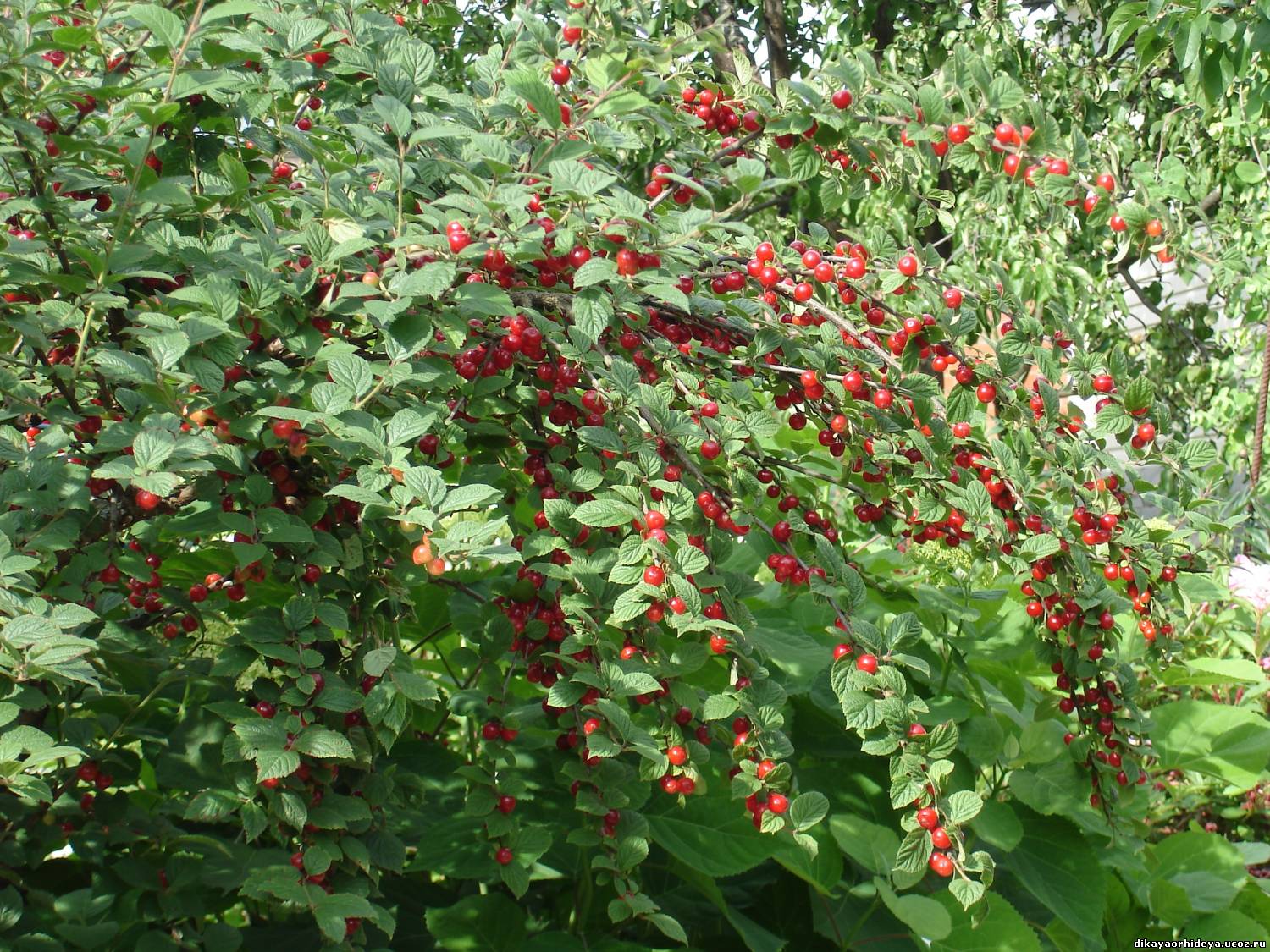 In the photo: felt cherry during fruiting.

A plant native to Central China, Mongolia, Korea, for this reason, culture has another name – Chinese cherry. Bush has a lot of advantages: decorative, high resistance to frost, gives stable yield, early fruiting. Fruit felt cherries ripen late ordinary for a week and a half, it is convenient to collect, as the height of trees does not exceed two and a half meters, and they don't fall. Pubescence, whereby the shrub got its main name, covers sheets, shoots, fruit.

Felt cherry reminiscent of sea buckthorn: the fruits are firmly attached to each other. Culture began to spread around the world from China, in Russia it was in the late nineteenth century. In the far East "cherry", as a concept, associated with this kind of. Ivan Michurin brought large-fruited form under the name "Ando". The fruits of the plant contain organic acids, carbohydrates, vitamins. The amount of iron in fruits are superior to apples.

Use a felt cherry not only to obtain fruits and garden decoration. A dense spreading crown of culture allows its use for landing hedges, strengthening of slopes, the formation of borders.

The biggest drawback of cherries is a relatively small life expectancy, not more than ten years. If you conduct regular renewal pruning, this period can be doubled.

Culture prefers light and fertile soil: sandy, loam. Reaction – neutral, good drainage is required. The worst option: peat, heavy waterlogged soils. Excess moisture adversely affects the growth, fruiting, the winter. All of these factors can lead to the death of the Bush. If the soil is acidic – it is possible to try to correct by liming. Felt cherry does not tolerate shading, she needs a Sunny plot. For best pollination planted several varieties or seedlings of one species. 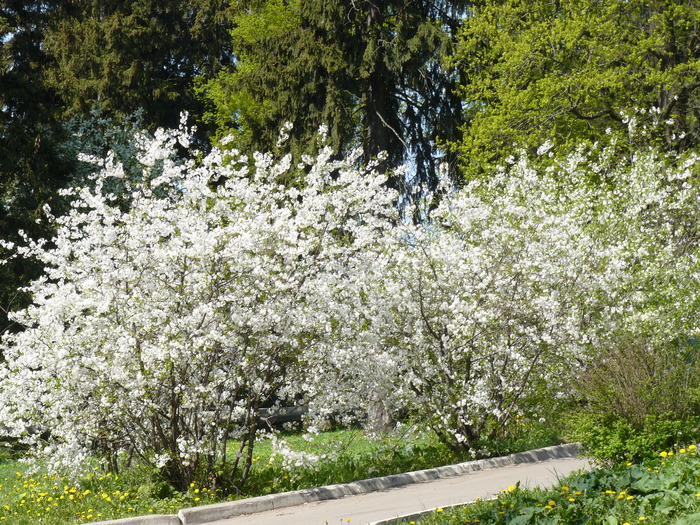 To plant bushes cherry one-two years of age in spring and autumn. The best time is early spring, the fact, as buds bloom. Fall planting is in September. If seedlings are purchased later, at the end of October, safer not to plant, and heel plant material until the spring.

For work digging a trench or planting hole to a depth of two feet, width – 60 cm. The composition of the soil mixture: three buckets of organic fertilizer, from 400 to 800 g lime, 40 – 50 g of phosphorus, 20 – 30 g potassium. The components are mixed. The roots of the seedlings are cut at 20 cm, dipped in clay mash and planted at the same depth, where they grew in the nursery. It is forbidden to bury the root neck, it can destroy the plant. The distance between the bushes from a half to three meters. After planting the soil is compacted, pour, mulch with organic fertilizers or peat. The plot is possible to hold simultaneously two or three cherries.

The main method of breeding is the usual seeding. Pre-bone collect, wash, dried in the shade. In late summer they are mixed with moist sand and stored until October in a cool place, later sown in furrows on the beds, planting depth is two to three inches. Amicable shoots appear in spring. Seedlings with good care are growing rapidly in the first year and reach half a meter in height. In the spring or autumn of next year they are seated. 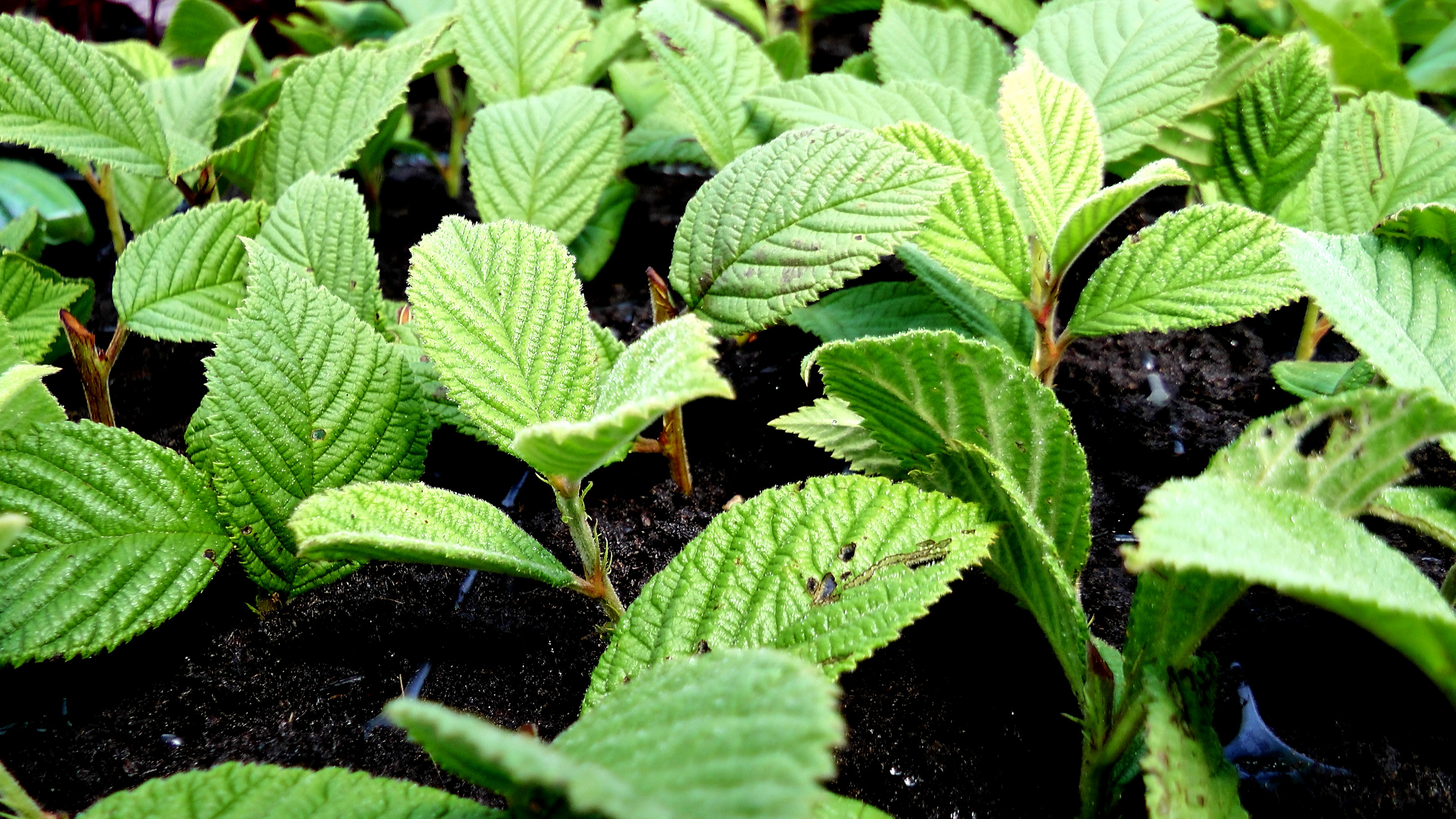 Felt cherry can be propagated by cuttings, this method requires the creation of some specific conditions. Cuttings for planting to take shoots 10 – 15 cm a second or third order branching. They are harvested with part of the wood, treated with a growth regulator. Deepens the handle according to the following scheme: 1 cm of the green stalk and 2 cm woody. A bed with young plants covered with foil, inside the greenhouse must be maintained in humidity, on a Sunny day construction primenyaetsya.

Another method of reproduction – cuttings. Selected in the spring of last year escape is placed in the groove and pin to the soil. Felt varieties of cherries can be grafted on plum, Chernosliv, regular cherry varieties "Vladimir".

Felt cherry plenty of fruit on the third year after planting. With proper care the crop reaches four pounds per plant. Fruit fragrant, sweet, juicy, ripen almost simultaneously. The color depends on the variety: berries can be light pink, and dark red. In the sale of such berries do not happen, they are poorly transported.

The culture center of the crown should be thinned every year. For further growth and development leave for 10 – 12 strong and healthy shoots. Annual branches are cut by a third in the case, if their length is more than 60 cm. Rejuvenating pruning is carried out every five years. Clarified the Central part of the crown and skeletal shoots, located on the periphery. Near the site of the shortening be a new branch. Part of the old crown, above, removed. The same pruning is carried out in relation to frozen, damaged shrubs.

Felt cherry boasts good winter hardiness, they can easily survive temperatures down to -30 degrees. Does not like thaw, followed by can be unexpected freeze. In order, below the Bush was easier to move that period, melting snow being moved under the plant and compacted, poured on top of sawdust or straw. Thanks to this "cushion" the earth will not thaw ahead of time, cherry continues to sleep. Wake up and it will bloom later, after, as the threat of frost and thaws the return pass. 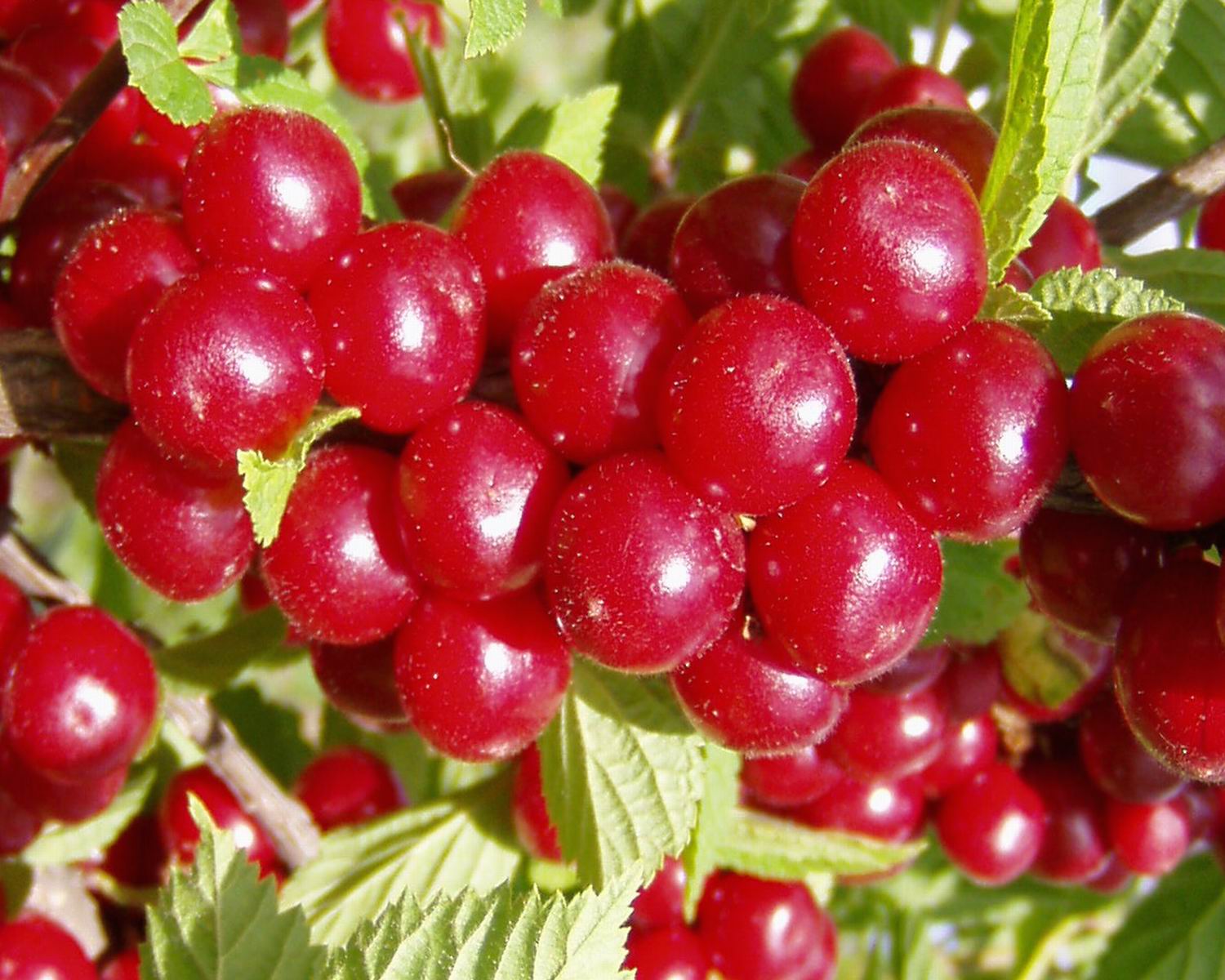 Varieties felted cherries are divided into three groups according to the ripening: early, middle and late. The color of the berries of various, there is even a red-black and almost white fruit. The most popular among gardeners enjoy the following early varieties:

Varieties of cherries are felt with medium-term aging:

Late varieties of cherries represented a sort of "Ocean virovskaya". The Bush is vigorous, compact, fruits are dark maroon coloring. Berry flavor – sweet and sour, yield – up to 9 kg.

Culture resistant to kokkomikoza in contrast to the common cherry. However, subject to other disease – monalisa or moniliales burn, which can affect the plant during flowering. Spores of the fungus fall on the pistils and grow, the mycelium penetrates into the branch through the peduncle, destroys wood. External signs of the disease – a mass of dried twigs in late may and early June. The affected area like burns, hence the name. The most intensive contamination occurs in inclement weather, during flowering or fruiting. Excess moisture contributes to cracking of berries, in cracks and disputes. Manolios is more prevalent in areas with wet spring and fall. When mass destruction of the crop may be completely destroyed, and the Bush will dry up in a few years.

The massive spread of this disease has led to the fact, that felt cherry as a culture it is impossible to breed without preventive treatment with fungicides. In the spring, when buds swell, are sprayed with a solution of Bordeaux mixture or copper sulfate. In further processing of copper-containing drugs should be repeated several times per season. If you have symptoms of a damaged branch is cut. 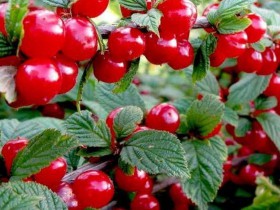 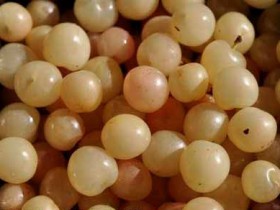 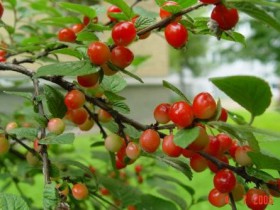 Cherry felt, the sort of “Children's”. 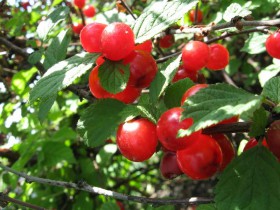 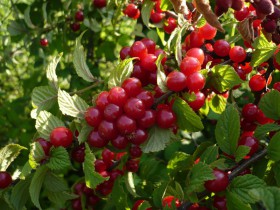 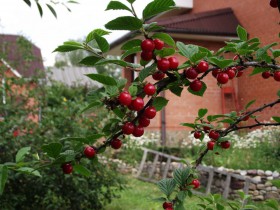 A felt cherry on the site.